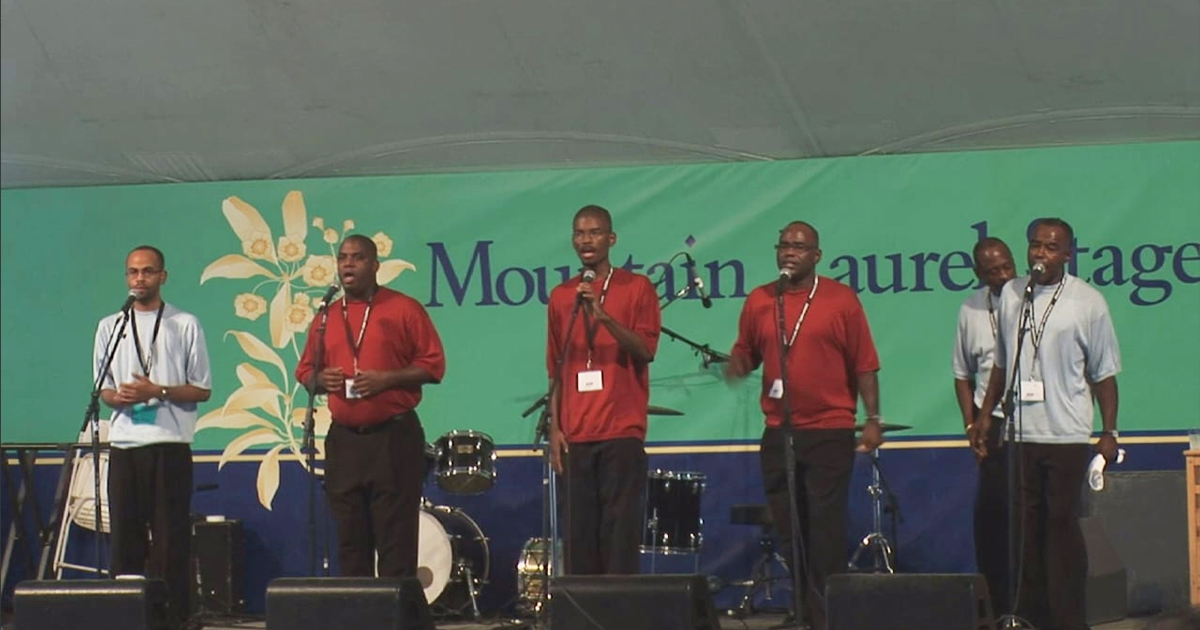 The Tidewater style of a cappella gospel is one of several regional styles that took root in the American South and eastern states after the Civil War. These groups have always been called quartets even though they could have six or more members: The word quartet refers to the fact that the groups sing in four-part harmony. Formed in 1981 under the leadership of Frank Paschall Sr., the Paschall Brothers perform classic Tidewater repertoire along with original compositions. The Paschalls add their own flair to these pieces, expanding harmonic structure and creating distinct arrangements that maintain the integrity of the original while creating a passionate sound that is uniquely theirs. More about the Paschall Brothers, A cappella gospel quartet