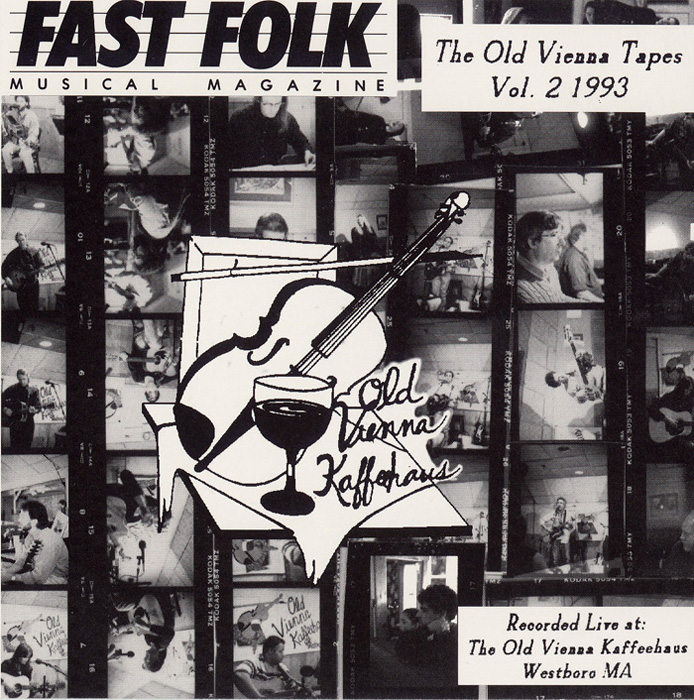 View Cart Custom CD $16.98
Founded in 1982, Fast Folk Musical Magazine was a New York cooperative record label and magazine dedicated to reviving the city’s folk scene. As its title suggests, this album was recorded live at the Old Vienna Kaffeehaus in Westborough, MA, and serves as a celebration of the New England musical cafes whose open mics assisted many an aspiring folk singer. “The New England folk coffeehouse,” the liner notes explain, “is a volunteer organization that puts artistic and cultural control into the hands of the community.” This collection presents a mix of New England–based performers delivering classic folk sounds as well as more experimental tracks such as “Stress,” a tongue-in-cheek depiction of the rat race, and the spoken-word “Thoughts of a Would-Be Pony Rider.” A 16-page facsimile of the liner notes is included.