Music of the Jos Plateau and Other Regions of Nigeria 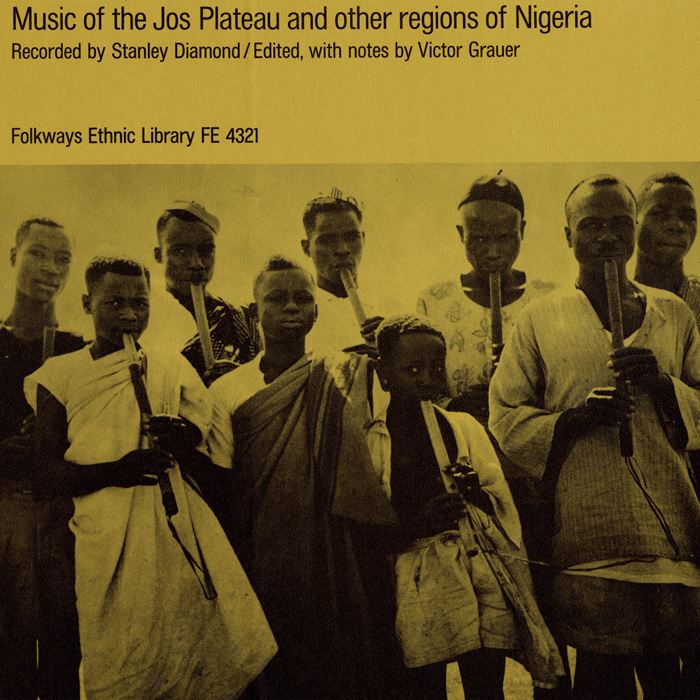 View Cart Custom CD $16.98
View Cart Digital Download $9.99
The Jos Plateau, located in Plateau State in central Nigeria, is a region known for being culturally diverse. In 1958–1959, Stanley Diamond, professor of anthropology at Syracuse University, conducted a series of field recordings of the music of nine tribal or linguistic groups native to the Plateau State and other regions of Nigeria. The first half of the album presents musicians of the Anaguta and Jarawa peoples, with the remaining six tracks featuring music from Ibibio, Angus, Tiv, Beri-Beri, Hansa-Fulani, and Ibo singers and musicians. Liner notes, written by Diamond, provide information about the recording of each track.