Another Land Made of Water 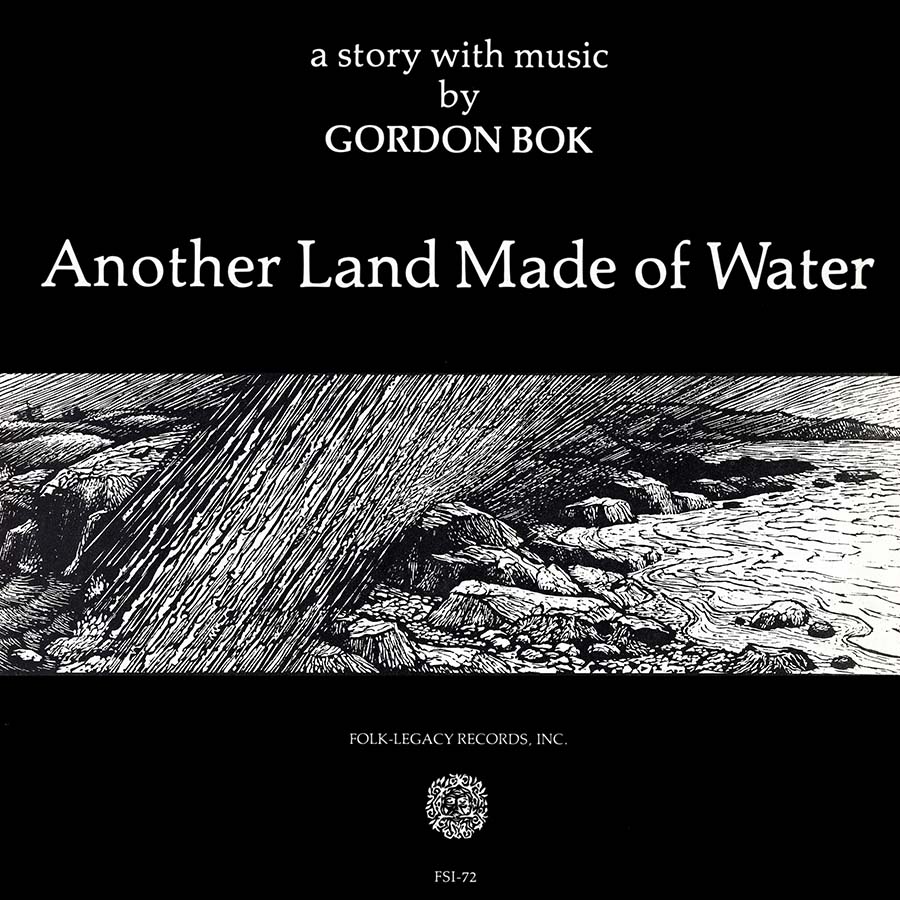 “I'm not really sure what this is; I do know that it is a study in impermanence, and I think it behooves us all to study impermanence very carefully, these days. And it's a story about a storm on an island, where I was young.“
- Gordon Bok

Another Land Made of Water is perhaps the most developed example of Gordon Bok’s experiments combining spoken-word storytelling, poetry, and sweeping musical arrangements inspired by Anglo-American traditional music and maritime song. Thought of best as a concept album or a cantefable, Another Land... is an obscure, personal narrative of an ethereal and almost otherworldly encounter between the narrator and a group of “sea-people.” The music, recorded by a large group of professional and non-professional musicians in Bok’s circle, includes both family members and familiar performers from the Folk-Legacy label (Ann Muir, Ed Trickett). It is rich and warm, instrumental and choral, and at times sung in an invented language of the sea people. A truly unique release, Another Land... presents Bok at his most creative, fanciful, and wistful.