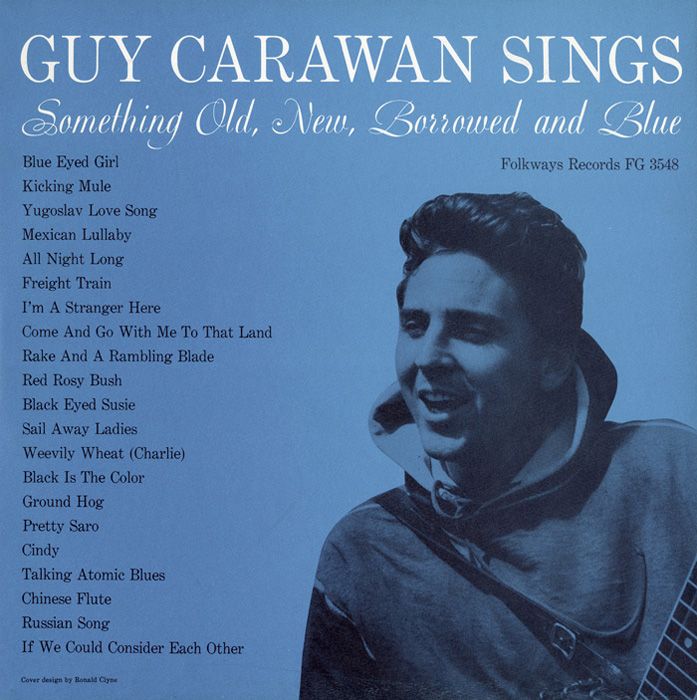 In the introductory notes to this album, ethnomusicologist Alan Lomax (1915–2002) explains that urban folk revival singers of the 1950s might have learned large song repertoires and fine instrumental technique, but they generally lacked a knowledge of the singing style and emotional content of the music as it exists in tradition. Such knowledge, essential to being a folk artist, is not easy to acquire, but Lomax believed that the young Guy Carawan was rising to the challenge. In addition to his natural musical talent, he has “a rare sympathy for the material.” On top of that, “Guy looks the part he sings, that is frontier America come alive again, direct, unpretentious, genuine and full of restrained feeling.”

With his own interpretations of a diverse selection of tracks, such as “Weevily Wheat” and “Russian Partisan Song,” Carawan demonstrates the southern country singing style which set him apart from many of what Lomax dubbed the “city-billies” or “folkniks” of the American folk song revival.