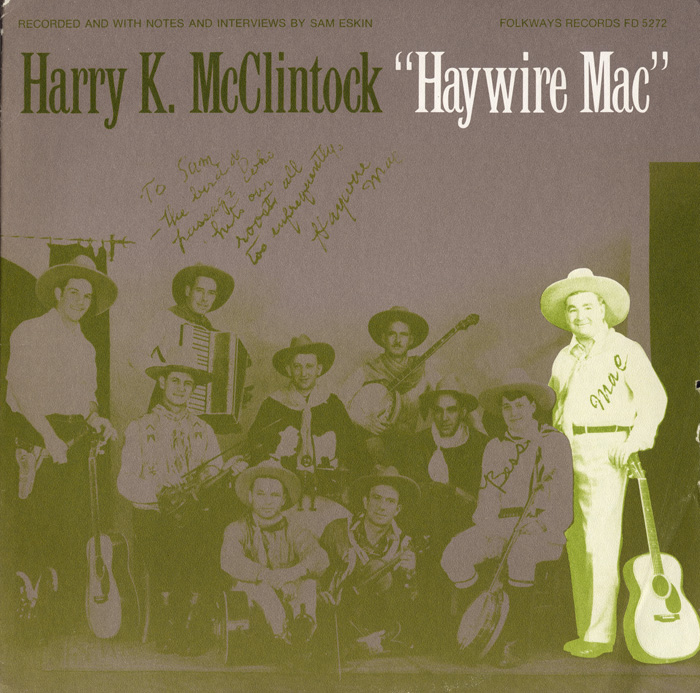 View Cart Custom CD $16.98
View Cart Digital Download $9.99
Harry "Haywire Mac" McClintock (1882–1957) was a man of many colors. In addition to serving in the Philippines as a civilian in the military during the Spanish-American War, he worked on the railroad, as a cowboy, stevedore, and as a union organizer with the "Wobblies" (Industrial Workers of the World). In the 1920s he got his start in radio. Sam Eskin, folk singer and folk song collector of renown, made these recordings of Haywire Mac in 1953. In addition to Haywire Mac’s singing, some tracks include brief snippets of Eskin interviewing Haywire Mac. Liner notes provide biographical information for both Haywire Mac and Sam Eskin.