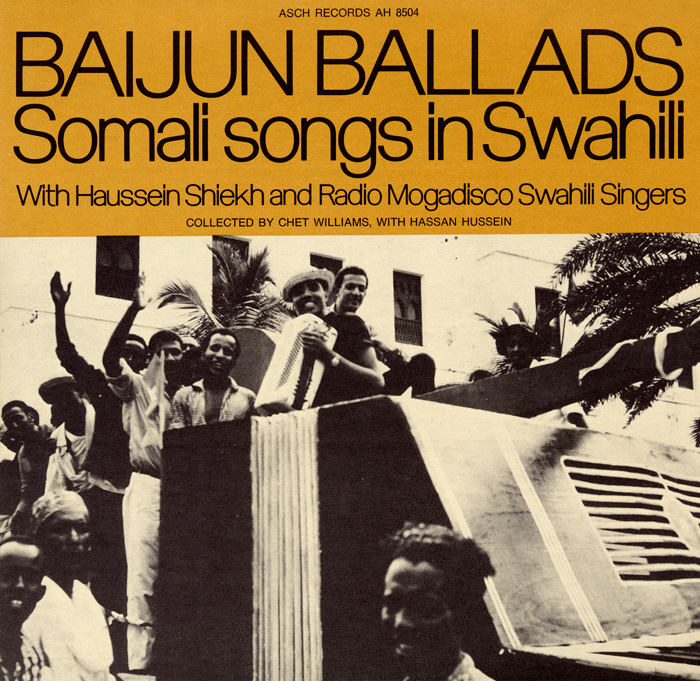 Situated on the eastern–most part of Africa with Kenya to the southwest, Yemen to the north, Ethiopia to the west, and the Indian Ocean to the east, Somalia has been a center of trade since ancient times. Recorded in a U.N. compound in Mogadishu, the capital of Somalia, Baijun Ballads: Somali Songs in Swahili presents historic and contemporary songs of marriage, lullabies, love–poems, prayer, and two ancient chants from the Baijun peoples. Islanders descended from Bantu, Arabic, Persian, and Somali ethnic groups, the Baijun sing in classical Swahili and an Arabic–Swahili dialect.

RELATED LESSON PLAN
"Tooting the Horn of Africa: A “Cornucopia” of Music from Somalia"