The Freedom Songs of the Somali Republic 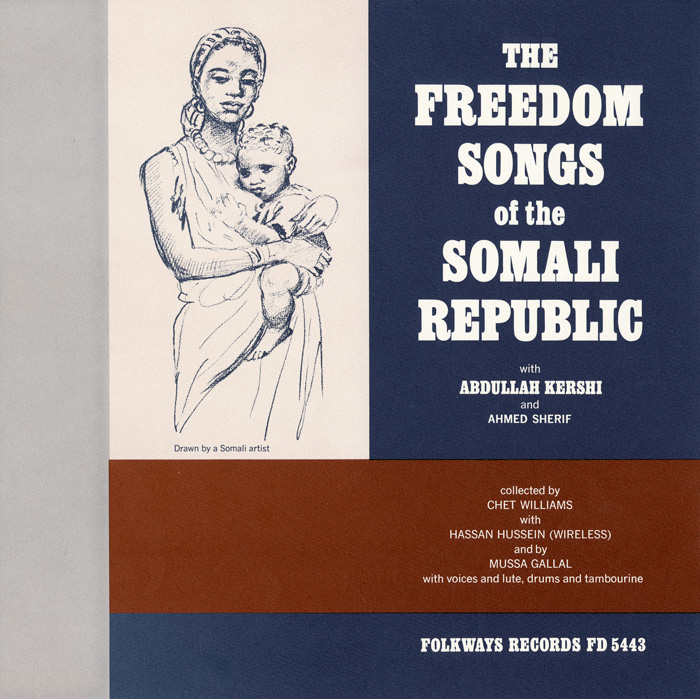 In the summer of 1960, British Somaliland and Italian Somaliland gained independence and joined to become the Somali Republic, which lasted until 1969. Recorded in the brief period of relative peace following independence, Freedom Songs of the Somali Republic is a collection of original Somali folk songs that speak to a new hope while advocating for continued change. Primary singer/composers Abdullah Kershi and Ahmed Sherif combine Arabic vocal styles and instruments such as the oud (Eastern lute) with Somali drumming and harmonium. Liner notes include artist biographies; Somali lyrics, their English translations, and a Somali pronunciation guide; and illustrations.