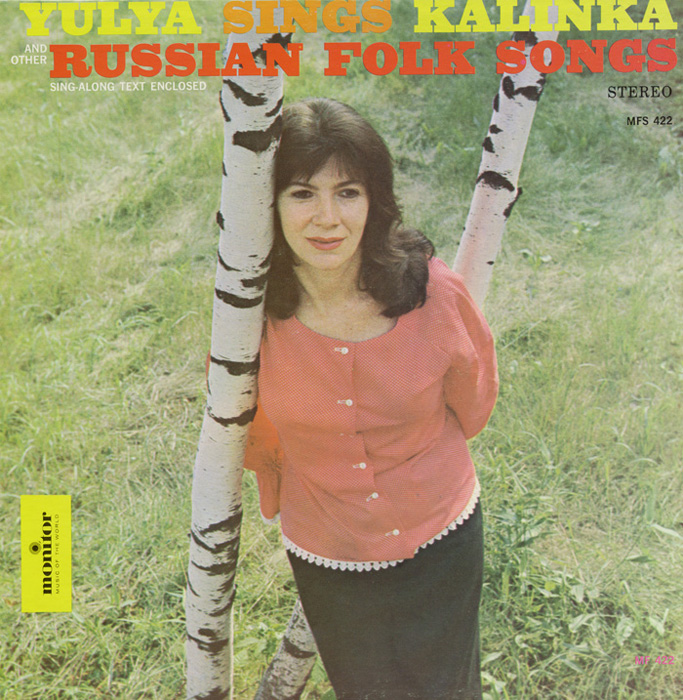 View Cart Custom CD $16.98
View Cart Digital Download $9.99
In this album, Yulya sings familiar folk songs such as “Kalinka,” as well as songs with lyrics by famous Russian poets such as Yevgeny Yevtushenko and Mikhail Lermontov. Yulya sings as if she is performing for friends in a humble Moscow apartment, with accompaniment consisting of the mellow Russian guitar and the balalaika. Several of the tracks feature a vocal overdub of Yulya singing harmony. Liner notes include the original Russian lyrics with abridged English translations and a brief biographical sketch.