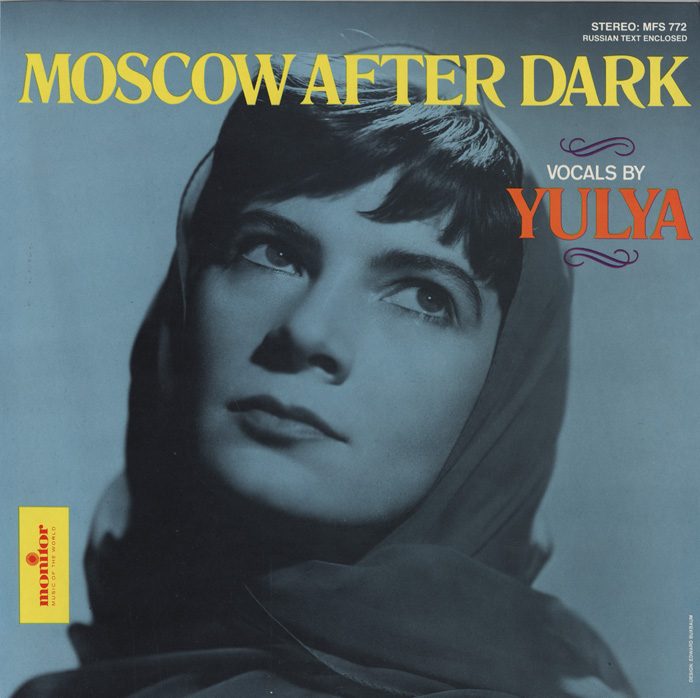 This late 1960s release from Monitor is a re-recording of Yulya’s first album from 1959, which set the precedent for all her subsequent recordings. She sings a selection of her favorite Russian popular songs and folksongs in a sophisticated shanson style. “On the Hills of Manchuria”’ (translated here as “The Moon Is Out”), a famous song that tells of a crushing defeat in the Russo-Japanese war, would later become a song of victory when the Soviets prevailed over the Japanese in World War II. Liner notes include background information on Yulya and the songs with lyrics in the original Russian.

“One word is readily adaptable to this set, and the word is classy.” – Billboard