Journey into Russia with Yulya 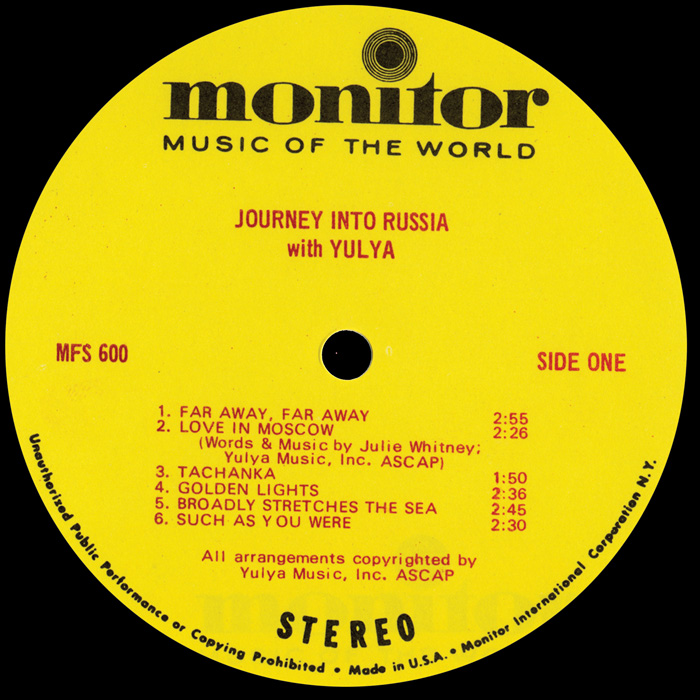 View Cart Custom CD $16.98
View Cart Digital Download $9.99
In this 1963 Monitor release, Russian songstress Yulya takes us on a musical tour through the vast territory of the former Soviet Union. Beginning in her hometown of Moscow, Yulya leads us to southern Siberia and ends in Leningrad (now St. Petersburg), with stops along the way. Many of these songs are well-known folksongs and popular songs from the Soviet era. Yulya's arrangements are a blend of East and West, combining the “Russian soul” with popular European and American music. Liner notes include brief information on Yulya and her songs with lyrics in English and Russian.