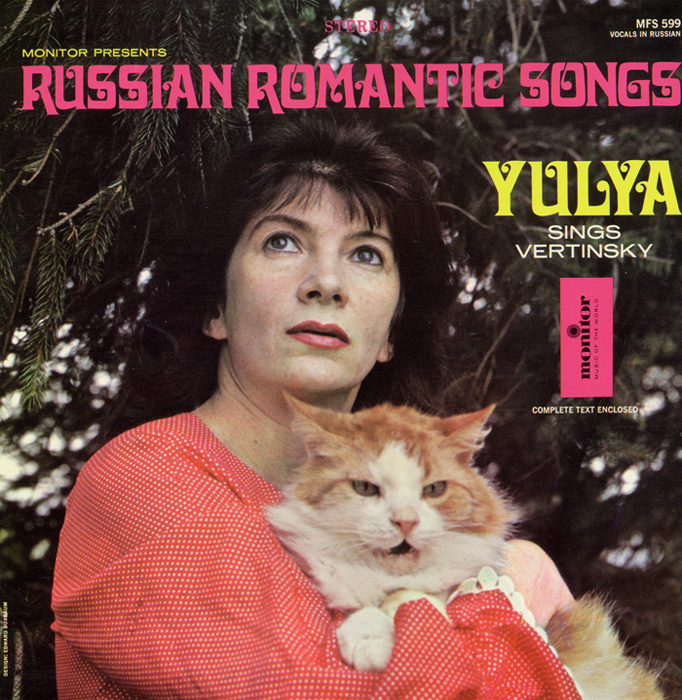 In her second album for Monitor Records, Yulya pays tribute to Russian poet and singer Alexander Vertinsky, whom she posits to be “the last important Russian cabaret performer.” Yulya emulates what she terms his “special, intense, intimate mood, the same longing for far–away exotic places, the same desire for glamorous, breathtaking love affairs” that moved Soviet audiences when they saw him perform. Like Vertinsky, Yulya accompanies herself with understated piano strokes. Liner notes include the original Russian lyrics, as well as abridged English translations and notes by Yulya.