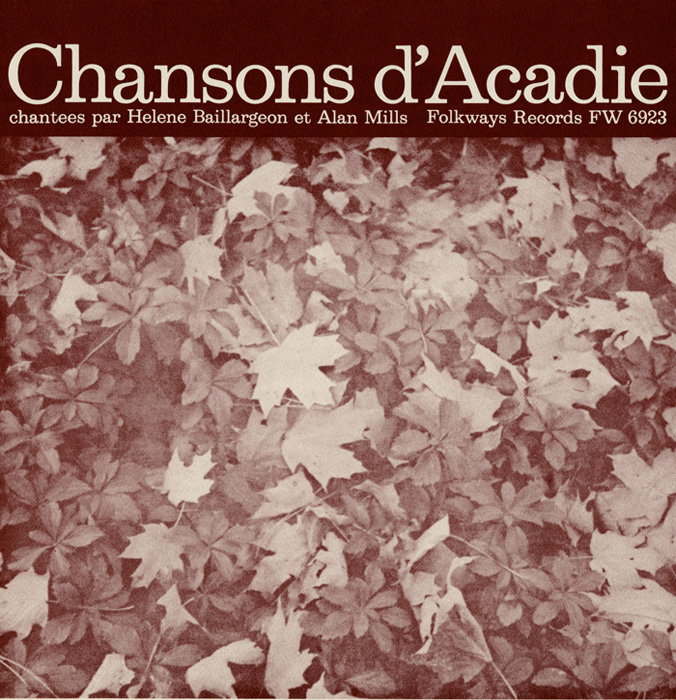 Bilingual folk musicians Hélène Baillargeon and Alan Mills join their French–Canadian backgrounds and voices in this recording. Acadia, the name of a former French colony in the eastern part of Canada, was originally settled by French explorer Samuel de Champlain in 1605. Despite the exile of many Acadians from Canada in 1755, their descendants across North America maintain Acadian musical traditions. Chansons d’Acadie features “old world” French music and native–born folk songs.