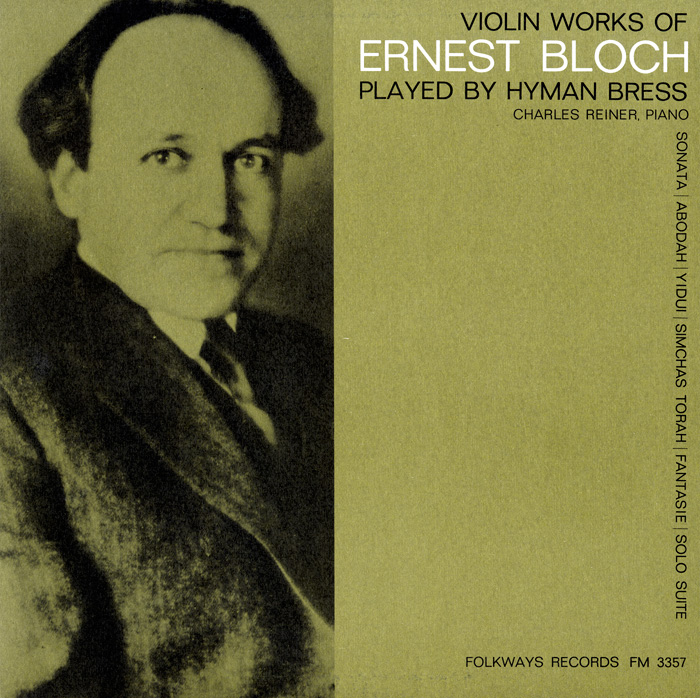 View Cart Custom CD $16.98
View Cart Digital Download $9.44
Ernest Bloch is widely considered to be one of the most influential American composers of the 20th century. The Swiss-born Jewish composer moved to the United States in 1916 seeking, and finding, an appreciative audience. The violin was always his favorite instrument, and the pieces on Violin Works of Ernest Bloch span his entire life―from “Fantasie for Violin and Piano,” which he wrote when he was 19, to his "Suite for Unaccompanied Violin," which he wrote at age 78, just one year before his 1959 death. The liner notes are written by his daughter, Suzanne, and summarize Bloch’s life by taking the reader through the story of each work. The violinist, Hyman Bress, recorded numerous albums of violin music for Folkways Records, including The Violin: Volumes 1-5 and Violin Works of Igor Stravinsky.