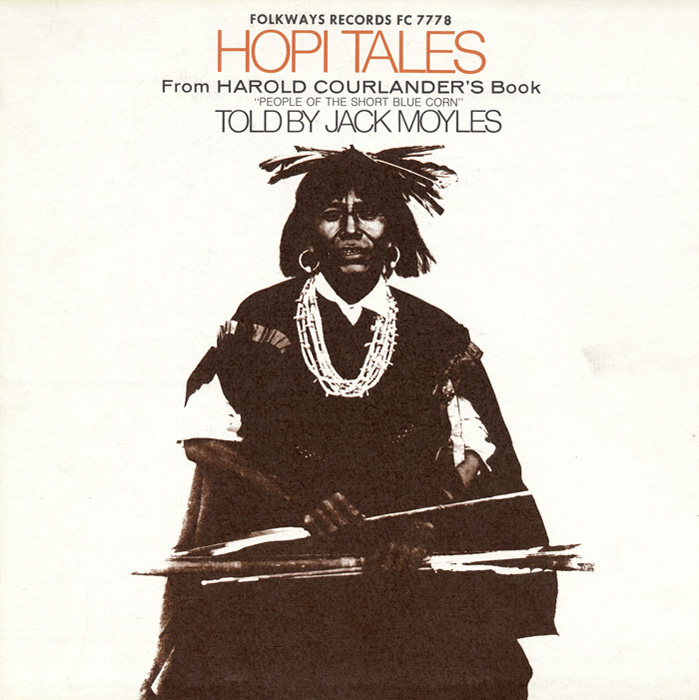 View Cart Custom CD $16.98
View Cart Digital Download $8.96
Radio and television actor Jack Moyles (1913–1979) performs these spoken-word stories of the Hopi people, which were taken from People of the Short Blue Corn written by folklorist and anthropologist Harold Courlander (1908–1996). The stories mention Oraibi, a Hopi settlement in northern Arizona which is said to have been inhabited by the Hopi people for more than 800 years. Other topics of these stories are descriptions of migration, settling and abandoning of villages, the creation of the human race, and animal stories (especially involving the coyote). Liner notes include a history of the Hopi people.