The View from the End of the World: Live Interviews of Life in Prison with James Carr 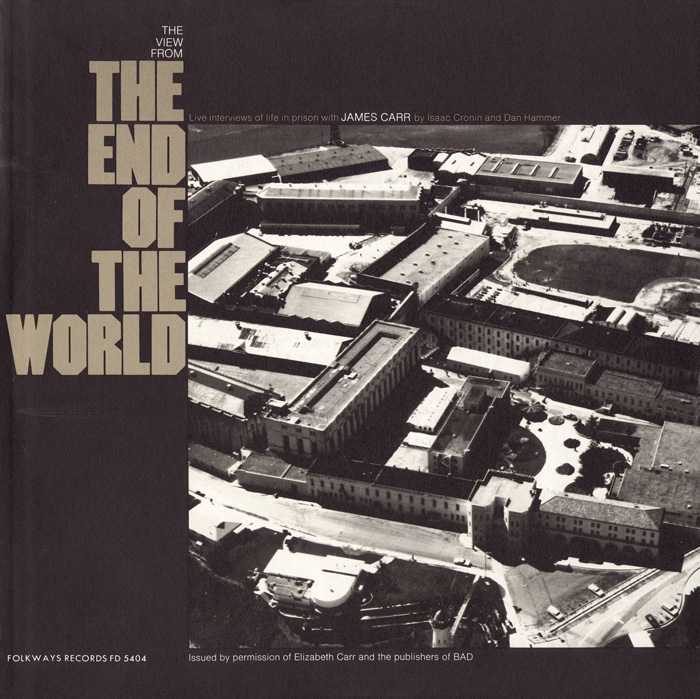 James "Jimmy" Carr, founder of the Wolf Pack, an infamous prison gang in California during the 1960s, tells the story of life behind bars. Carr had unique experiences in the prison system as he was at seventeen still a juvenile and incarcerated in California’s oldest correctional facility. The incidents described on this album are taken from tapes Carr recorded as testimonial of his time in prison, and his evolution as a leader.