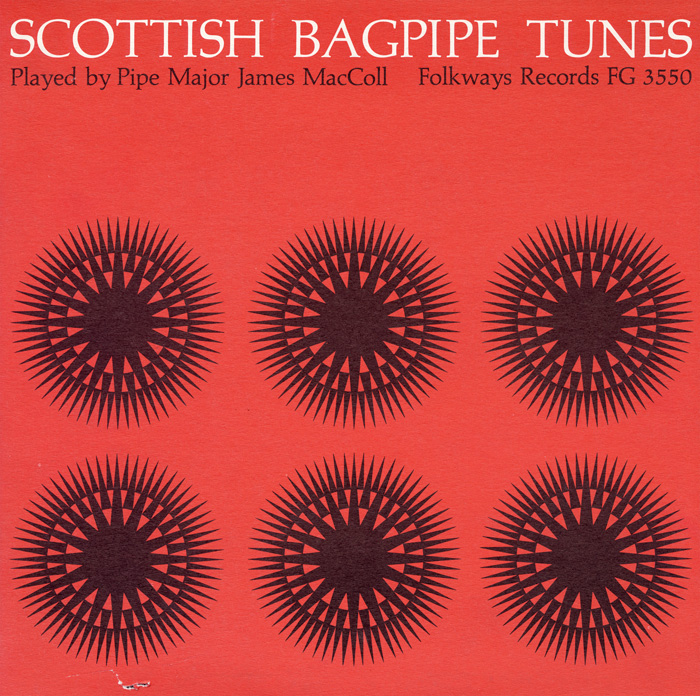 A Highland Gold Medal winner, James MacColl (b. 1928 in Schotts, Scotland) performs a portion of his extensive knowledge of solo Scottish bagpipe music. At the age of twenty-eight, when these recordings were made, he was known as “one of the top four or five pipers in Scotland.” The album consists of “piobaireachd,” which is an art music mostly associated with the Scottish Highlands, and “ceol aotrom,” or small, light music, primarily used for marching or dancing.

Liner notes include a biography of James MacColl, a brief history of the bagpipes and the Scottish war pipes, as well as an explanation for each track.