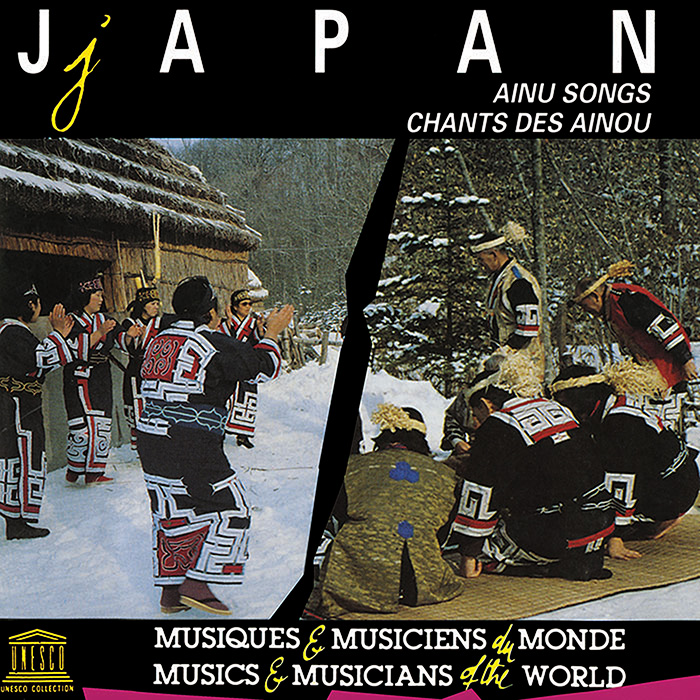 View Cart Custom CD $16.98
View Cart Digital Download $9.99
The Ainu people, indigenous to the Hokkaido Island of Japan and the Sakhalin and Kuril islands of Russia, presently number in the range of 15,000 to 25,000. Despite geographic proximity to the Japanese and other ethnic groups inhabiting the Russian Far East, the Ainu language and customs are strikingly different from those of their neighbors. Singing is a major feature of Ainu music and part of the daily tribal life, usually presented as either an upopo (sitting song) or rimse (dancing song). Their spirited vocal sounds often imitate animal cries, bird songs, and insect sounds, due to animistic beliefs that elements of nature, plants, and animals are gods. This album illustrates a cross-section of Ainu life, including songs for religious ceremony, working, ritual, and entertainment.