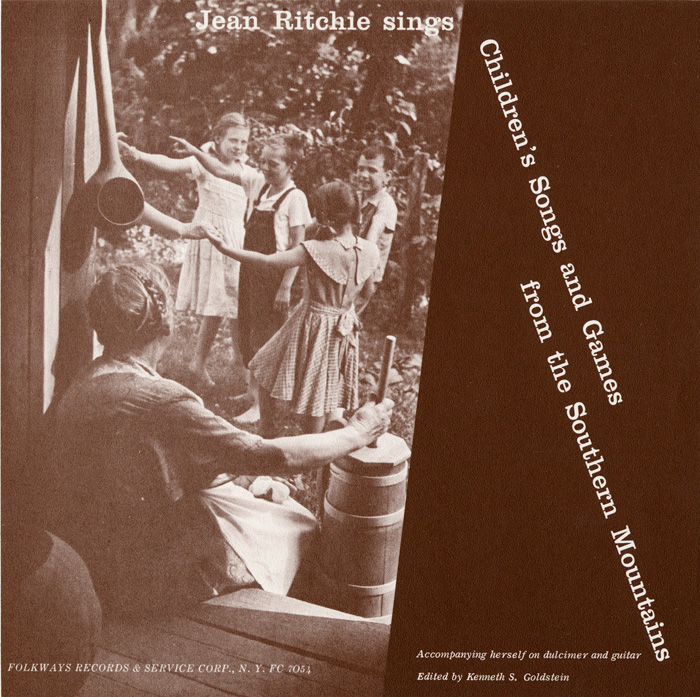 Jean Ritchie is a national treasure, one of America's finest and best known singers of traditional American folksongs. She grew up in Viper, Kentucky, and is part of a large family, the famous “Singing Ritchies of Kentucky.”

Ritchie noted that this recording could have been subtitled, “Schoolyard Songs and Games Recollected from My Childhood in Viper, Kentucky.” It was her first recording devoted exclusively to children’s songs. She accompanies herself on the guitar and Appalachian dulcimer, the latter being the instrument for which she is best known. Jean followed this 1957 recording with a second recording of children's songs for Folkways 11 years later (Marching Across The Green Grass and Other American Children's Game Songs—FW07702).

The liner notes are written by preeminent folklorist Kenneth Goldstein, who provides background information, instructions for playing each game, and each song's lyrics. The cover photo and design are by Jean's husband, George Pickow.