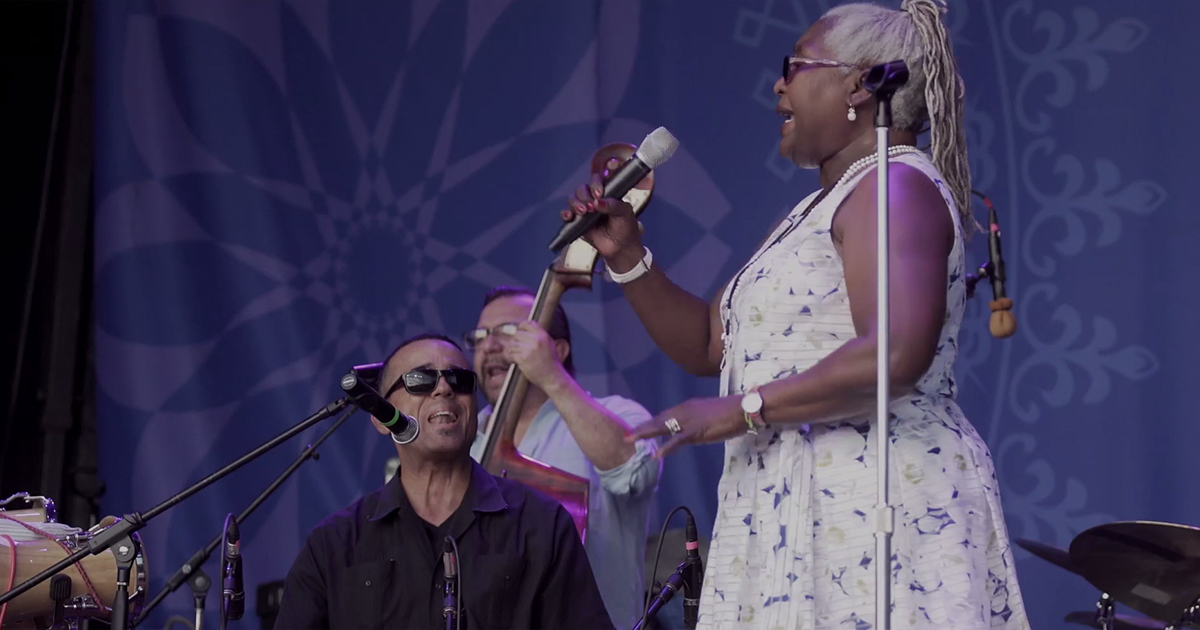 Representing the Sounds of California and the Latin jazz of the San Francisco Bay Area, the John Santos Sextet with vocalist Bobi Céspedes took the Ralph Rinzler Concert Stage on July 9 at the 2016 Folklife Festival. In the song “Historia de un Amor,” written by Panamanian composer Carlos Eleta Almarán, the ensemble evokes a broken heart after a great love disappears.

Percussionist John Santos is also a composer, Afro-Latino music educator, and three-time Smithsonian Folkways producer. Céspedes is a vocalist and composer who specializes in Cuban son and other Afro-Caribbean music and culture.

This concert was sponsored by the Sakana Foundation.