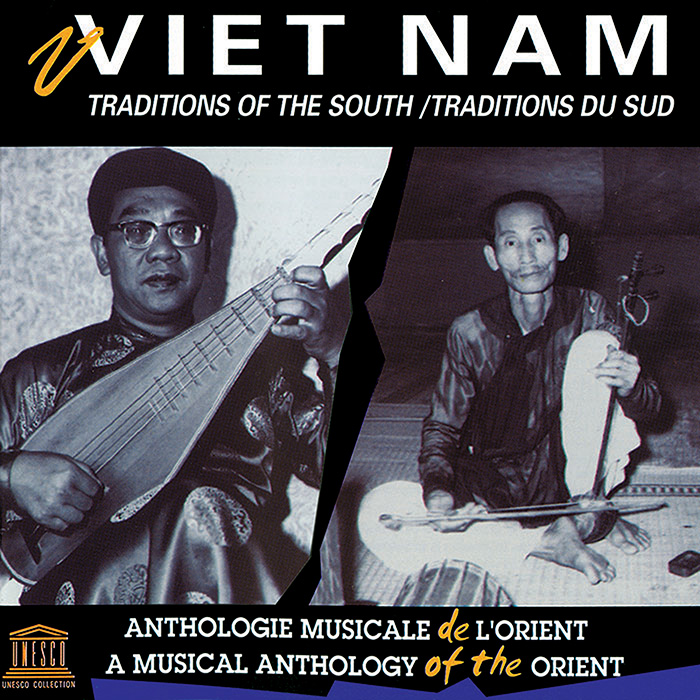 This recording, compiled and annotated by Vietnamese musicologist Trần Văn Khê, collects two styles of music from the southern region of Vietnam (defined in the liner notes as the area between the 12th parallel and the country’s southern tip at Pointe de Cà Mau). The inclusion of both formal ritual and religious music, including prayers and a spirit possession song, and secular or “entertainment” music, which allows for improvisation, creates a great sonic variety. One piece in the latter genre is the extremely popular “Longing for the Past.”

The music is performed on a variety of traditional Vietnamese instruments ranging from 2-string fiddles to 16-string zithers, flutes, end-blown double reeds, and percussion. Vocals are in the form of chants and lyrical songs.