Stages of My Life 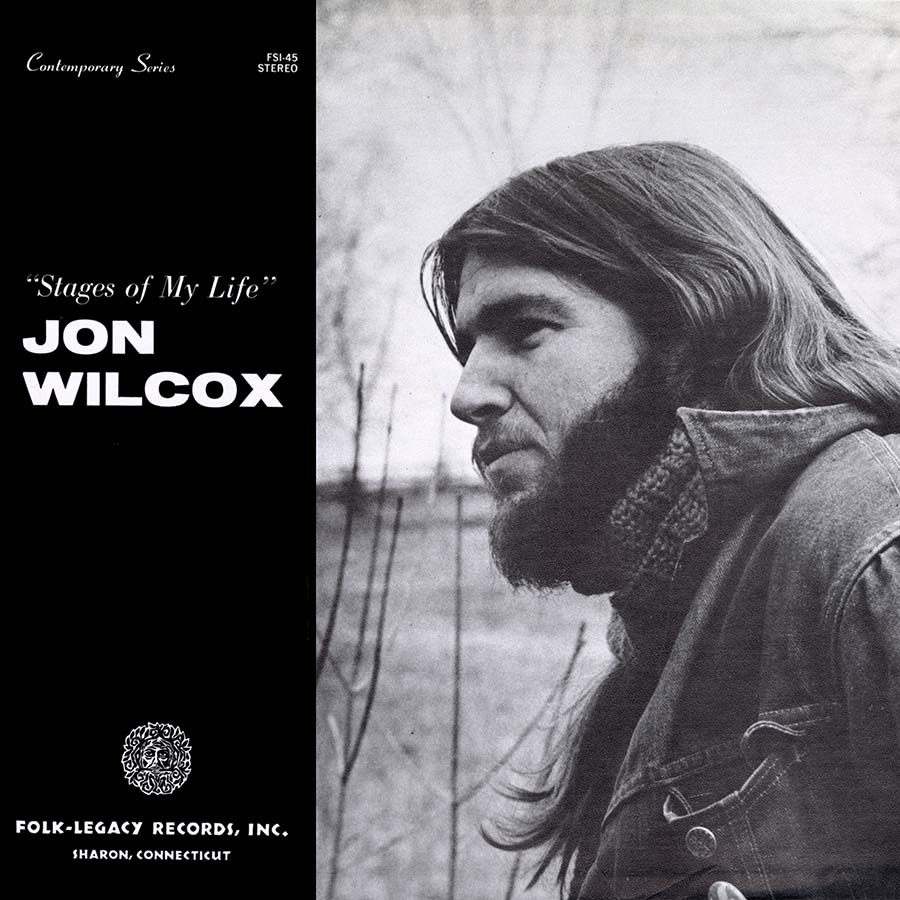 A graduate of Stanford Law School, Jon Wilcox turned to music after realizing “it’s easier to be honest with yourself as a songwriter than as a lawyer.” Indeed, Stages of My Life, his first full-length album originally released by Folk-Legacy Records in 1972, is a collection of honest, heartfelt songs. A product of the later years of the folk revival, Stages... takes influence from the likes of Bob Dylan, Loudon Wainright, Willie Nelson, and other comparable singer/songwriters, offering tender performances of fingerstyle guitar under a slight country croon, accompanied on fiddle by frequent Folk-Legacy contributor Jay Ungar. Wilcox’s songs focus on largely personal themes, including heartbreak, life transitions, and working life, opting for the common counterculture opinion that a life lived in service of status and money is a life largely wasted. Instead, Stages... looks favorably on the uncertain, nomadic search for belonging, inviting the listener into its wistful but altogether comforting atmosphere.