Sometimes one performer's unique style is so compelling that it influences an entire generation of artists. The playing of Bahamian master guitarist Joseph Spence (1910-1984) offers a wonderful example of how one man combined individual inspiration and talent with regional musical traditions to create a seminal guitar style.

The influential Bahaman guitar master Joseph Spence was already in his late forties when folklorists Sam Charters and Ann Danberg Charters recorded him playing to an impromptu audience of friends and neighbors on a porch in Fresh Creek Settlement on the small Bahamian island of Andros in 1958.

The Charters' meeting with Spence was both fortuitous and coincidental. During the summer of 1958, the Charters were doing fieldwork on the remote and "desperately poor" island of Andros. Sailing from settlement to settlement along the coast on small, locally made fishing sloops, they hoped to find and record traditional Bahamian music that had not been influenced by either tourism or the popular calypso music of neighboring Trinidad. As Sam Charters recalled in his liner notes to Joseph Spence: The Complete Folkways Recordings 1958 (reissued in 1992):

"When you go out into a new part of the world with a tape recorder to look for music you always dream that someday you might find a new performer who will be so unique and so exciting that their music will have an effect on anybody who hears it. One of the few times it ever happened to me was in our first few weeks in the Fresh Creek Settlement on Andros. We went out one day about noon.... Some men were working on the foundation of a new house, and as we came close to them we could hear guitar music. It was some of the most exuberant, spontaneous, and uninhibited guitar playing we had ever heard, but all we could see was a man in a faded shirt and rumpled khaki trousers sitting on a pile of bricks. I was so sure two guitarists were playing that I went along the path to look on the other side of the wall to see where the other man was sitting. We had just met Joseph Spence."

Born August 3, 1910, in Small Hope, Spence began playing guitar for dances when he was fourteen. His repertoire included both well-known traditional and standard popular tunes, but his playing style was unique. As Charters noted:

"I had never heard anything like Spence. His playing was stunning. He was playing simple popular melodies and using them as the basis for extended rhythmic and melodic variations. He often seemed to be improvising in the bass, the middle strings, and the treble at the same time.... [While] he was extending the rhythmic possibilities of the melody, he kept the music solidly in place with the noisy tapping of his foot.... He growled occasional words and phrases of the piece he was playing, as much to help him keep track of where he was as it was to actually 'sing' something...."

Although the Charters met the guitarist on Andros, where he had come to visit friends, Spence had been living in Nassau for more than thirty years, except for two years during the 1940s when he and his wife Louise lived in the southern United States as migrant farm workers. Almost half a century later, Charters' memory of their meeting was still vivid:

"Spence walked over to our little house, gathering most of the people in the settlement behind him. Since the house was too small for everyone to hear him play, we did the recording on the porch. He did a version of a popular island folk song to warm up and tune the guitar, and then, without stopping to do much more than laugh and joke with the women between the pieces, he recorded the instrumental solos that become the first Folkways LP.... When he'd played as much as he wanted, we paid him the little money we had and he walked off with the people who'd come to hear him, and for the rest of the afternoon he sat in the shade playing Bahamian checkers...."

Upon returning to New York City, Sam Charters persuaded Folkways Records owner Moses Asch to issue Spence's performance as a 10" LP. The recording— championed by Charters, who served a pivotal role as collector, scholar, and performer at the dawn of the Greenwich Village folk revival— was a sensation. Spence's distinctive finger-picking guitar style was widely admired and copied by a generation of up-and-coming American folk guitarists.

In the years that followed, Spence was invited to perform at several major American music festivals and occasionally toured the United States, but public and personal constraints prevented him from achieving the same level of public recognition enjoyed by such fellow guitarist pioneers as Reverend Gary Davis, Mississippi John Hurt, or Lightnin' Hopkins. Nevertheless, Spence remains a cult favorite, influencing such noted performers as Ry Cooder, Taj Mahal, the Incredible String, and Brian Wilson.

Spence was widely admired as a musician in The Bahamas, and spent several years accompanying Bahamian singers such as Frederick McQueen on the Nassau docks, but he earned his living as sponger/fisherman, farmer, and stone mason before becoming a night watchman in his later years. He died in Nassau in 1984 at the age of 73. As Charters noted:

"Like many musicians whose playing is uniquely individual, Spence also felt himself as part of a long tradition of Bahaman folk. He was one of the rare musicians whose own abilities are so unusual that they, in turn, reshape the tradition from which they've come. It isn't possible to think of Bahaman music— and finger-picked acoustic guitar music— without thinking of Spence, and at the same time, there is no one like him. There isn't much more a musician can accomplish than this, but Spence, with his friendly laugh and his characteristic shake of his head when he was praised, certainly wouldn't think he'd done even that much." 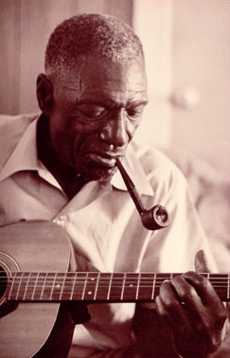 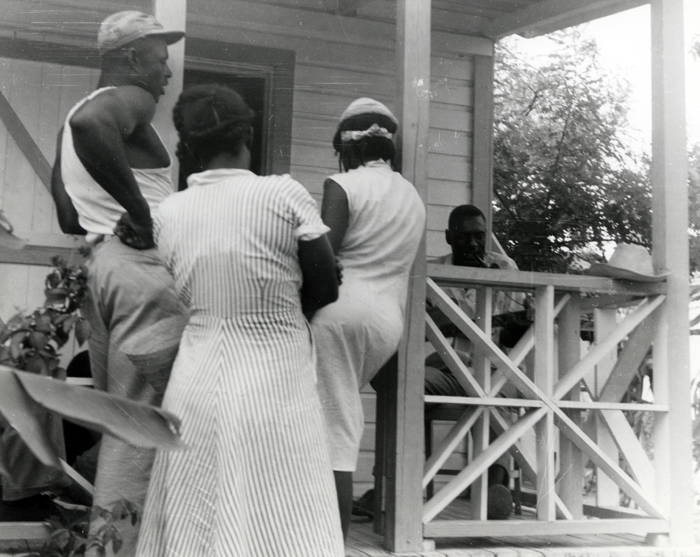 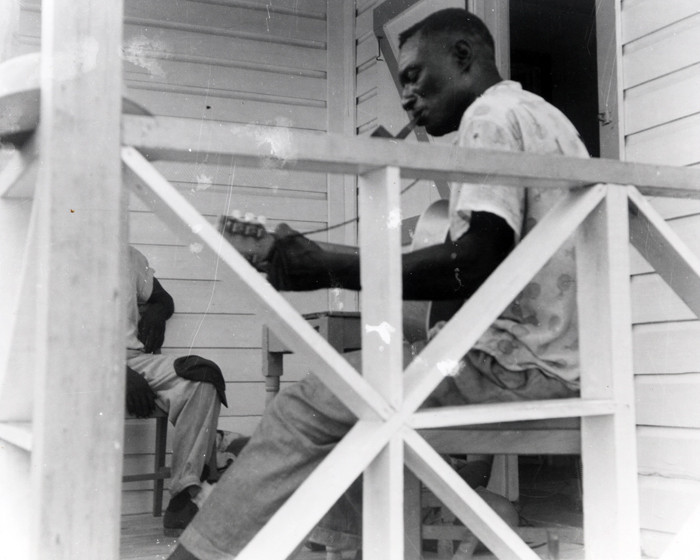 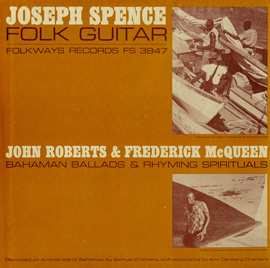 Lord is My Shepherd
Audio 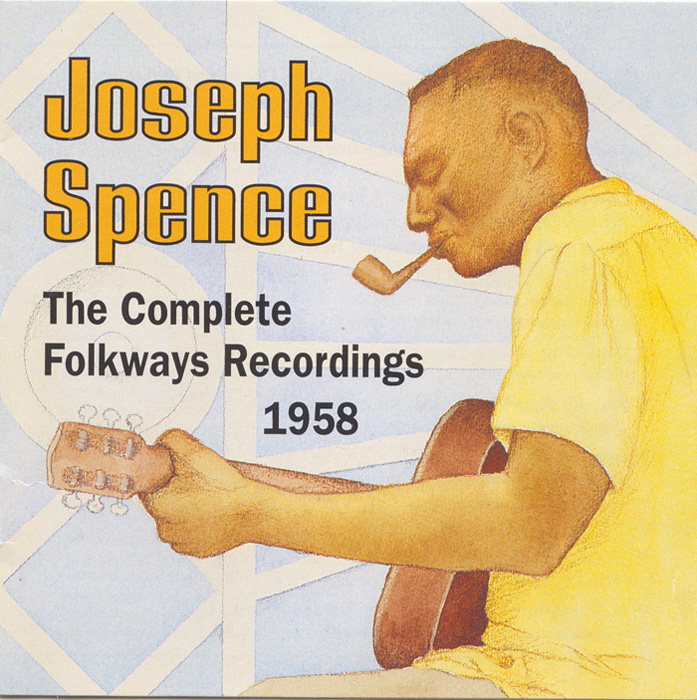 Joseph Spence: The Complete Folkways Recordings, 1958
Joseph Spence
Bimini gal
There will be a happy meeting in Glory