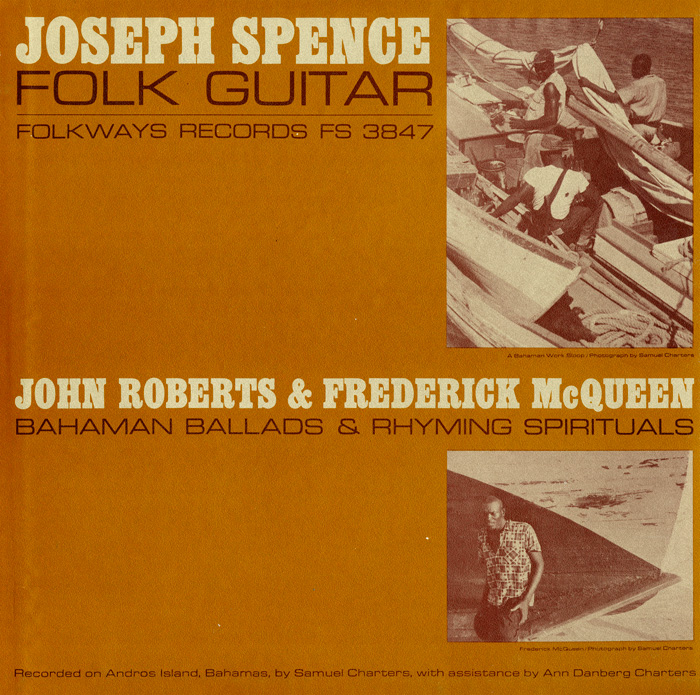 This collection of three virtuosos from the island of Andros is a compilation of several recordings not previously released on Samuel Charters’ series of Bahamian music (see SFW40066, FW03845, and FW03846). Opening with the country’s premiere folk guitarist, Joseph Spence, whose distinctive playing style is only matched by his own half-singing/half-grunting through his pipe, this collection includes the music of John Roberts and Frederick McQueen who demonstrate the islands’ fading art of three-part anthem singing.