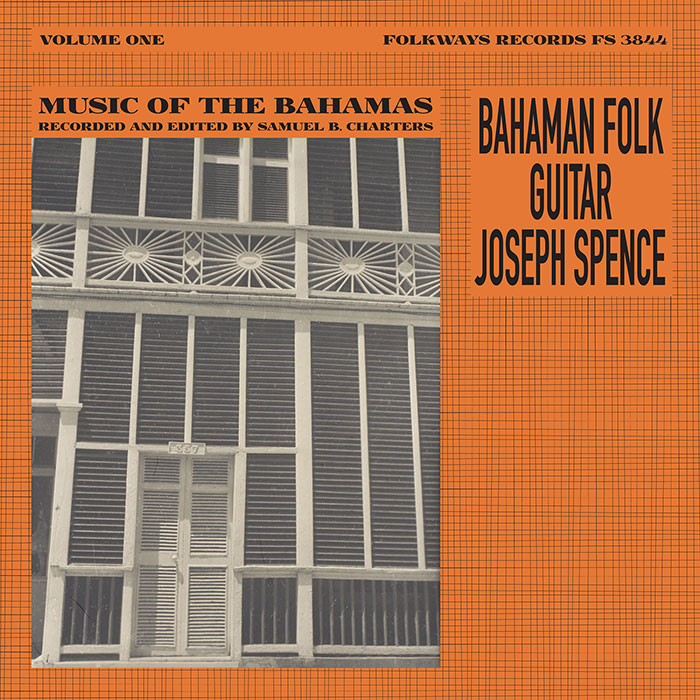 Recorded in 1958 and released on the Folkways label in 1959, this album introduced American listeners to Joseph Spence’s unique guitar and vocal styles. These field recordings by musicologist Sam Charters capture Spence in a relaxed, expansive mood—only one of the six selections in the set is under five minutes in length. Spence’s guitar style was due in part to the D tuning of his bass string, which produced a lower bass sound. Whereas many critics have called Spence’s vocal style unorthodox, they have found his guitar playing spontaneous and iconic. Some music critics have gone so far as to refer to him as the “Thelonious Monk of folk guitar.”

The vinyl reissue of Music of the Bahamas, Volume 1 includes Sam Charters’ liner notes. This reissue is part of Folkways Records’ 70th anniversary celebration series, revisiting some of the most iconic and influential albums released on the record label.

For a limited time only, we are offering the vinyl reissue of Music of the Bahamas, Volume 1 along with the new reissues of Woody Guthrie's Struggle, and Lightnin' Hopkins' Lightnin' Hopkins, as a Vinyl Bundle with Bonus Folkways Slipmat.