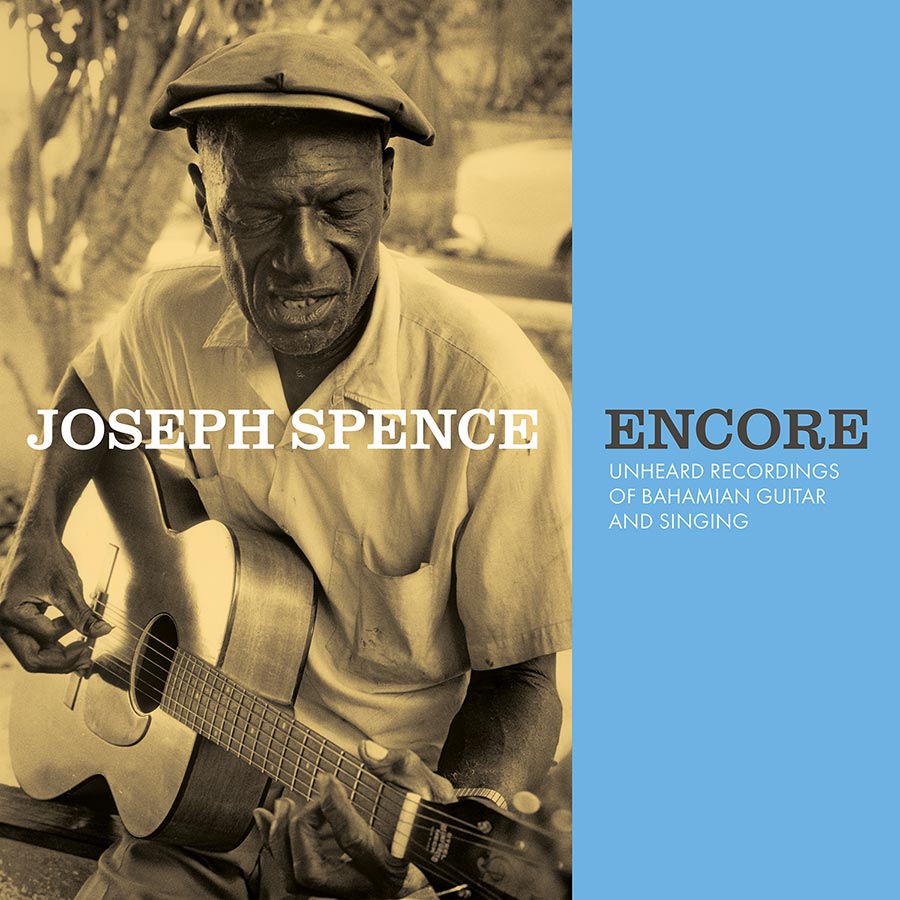 Encore is a new album produced from previously unheard archival recordings by the legendary Bahamian guitarist Joseph Spence, made in 1965 at the height of his career. Spence’s radically innovative guitar style transformed elements of Bahamian traditional music into adventurous, joyful improvisations and influenced players worldwide. His powerful singing stemmed directly from the rhyming tradition created by Bahamian sponge fishermen early in the 20th century. The music is punctuated by Spence’s unique, sometimes otherworldly vocalizations including humming, short bursts of lyrics, and near-scat singing. Some of the recordings include singing by Spence’s sister Edith Pinder and her family members Raymond and Geneva Pinder. Producer Peter K. Siegel captured these performances at Spence’s only New York concert, at the performer’s cottage in Nassau, Bahamas, and at Siegel’s apartment in Manhattan.