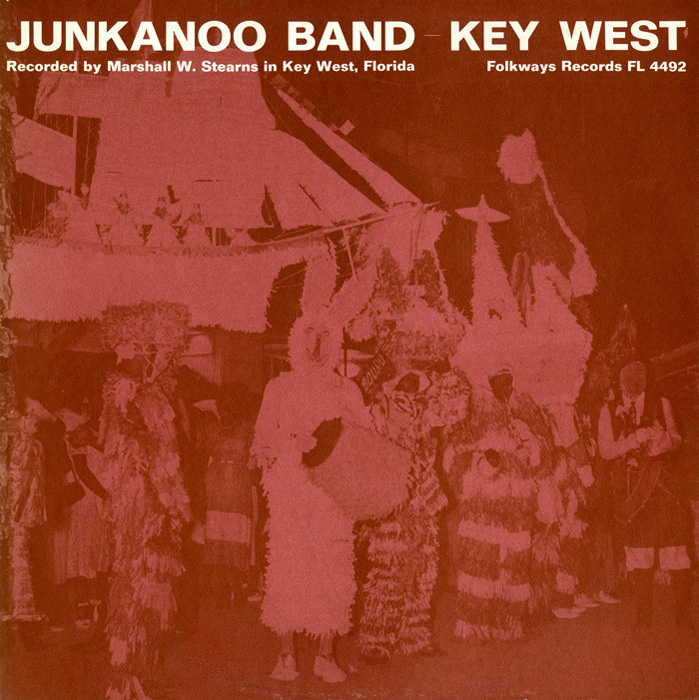 Even in the 21st century, the evolution of the word Junkanoo remains uncertain. One popularized theory suggests that the word is derived from an African prince, John Canoe, who gained control of an English fort in the seventeenth century. In the Bahamas, the Junkanoo parade was celebrated by slaves who were allowed three days holiday each year during the Christmas season and would thus, while costumed, dance all night in the streets in a manner similar to Carnival or Mardi Gras of other countries. The tradition of Junkanoo continued post-emancipation and has its music has developed in the Bahamas, the Turks and Caicos Islands and in Key West, Florida where this particular album was recorded.