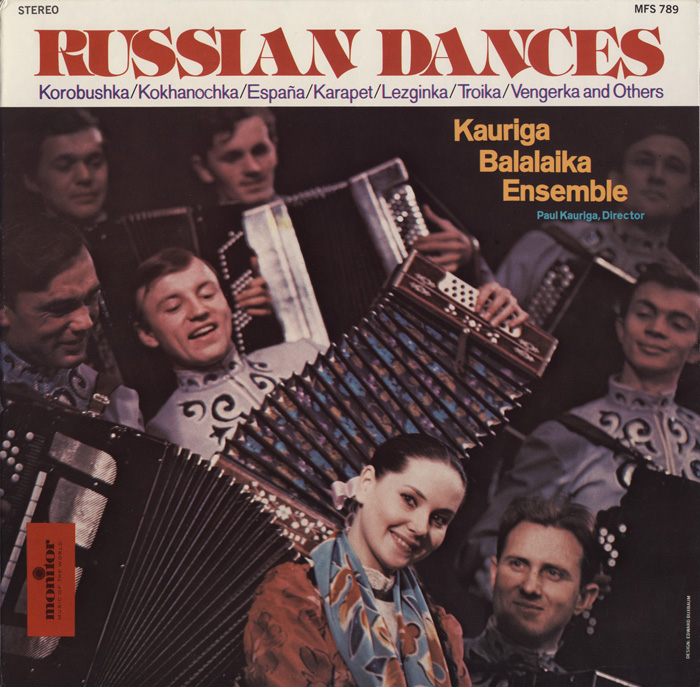 View Cart CD $14.98
View Cart Digital Download $9.99
The Philadelphia-based Kauriga Balalaika Ensemble (also known as the Kovriga Balalaika Orchestra) performs some of their favorite traditional Russian dance music on this 1975 recording. Playing alto domra and balalaika (types of Russian three-stringed lutes), accordion, piano, bass, and drums, the group includes some familiar favorites including ”Korobushka,” better known as the theme song of the videogame Tetris, and “Misirlou,” a song of Middle Eastern origin which was popular in the West in the mid-20th century.