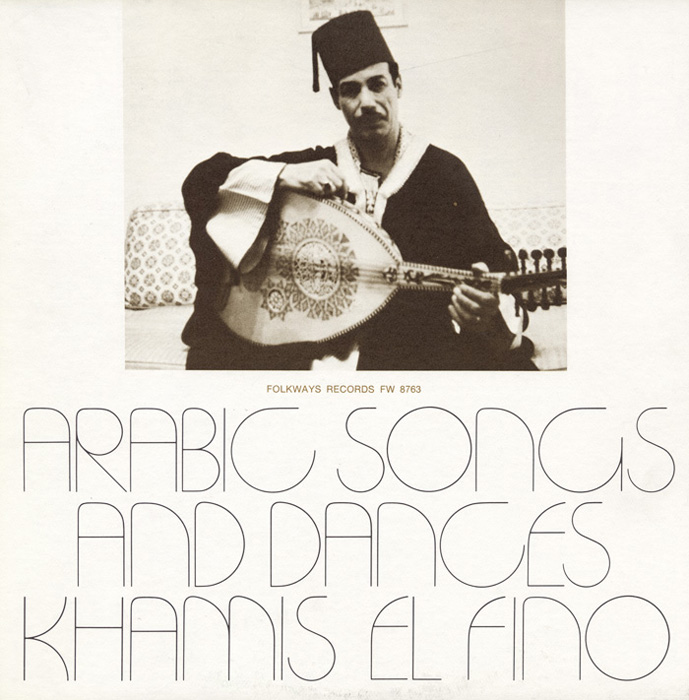 On this 1974 album, Egyptian oud virtuoso and professor Khamis El Fino Ali performs eight love songs. El Fino Ali is famous for perfecting two styles: taksimes and tagheer. Taksimes refers to slow and free rhythm improvisations, and tagheer means changing from one nagham (tone scale) to another. Arabic Songs and Dances was originally released as a two-album set with four songs on each album. Liner notes include Arabic lyrics of each song, along with some English translations.