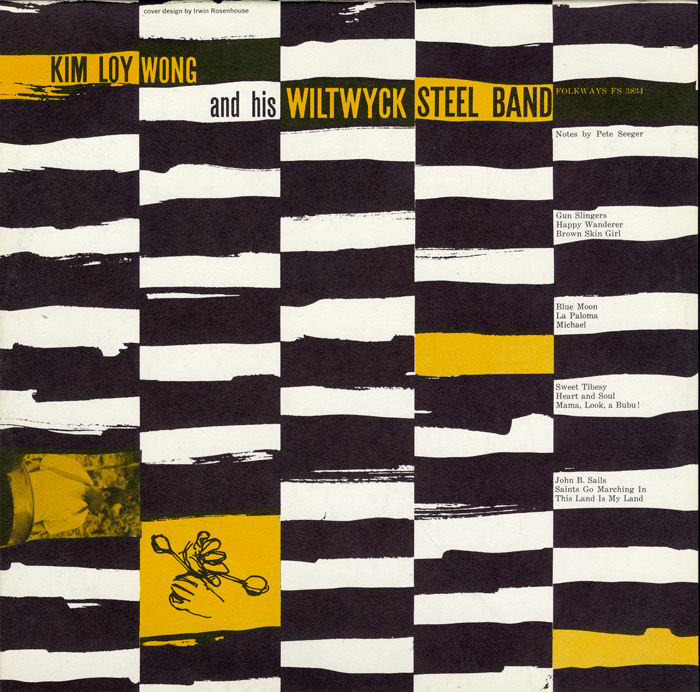 The steel drum evolved from the tunable tamboo-bamboowood sticks that African slaves in Trinidad used to communicate with one another, and it became an important instrument in Trinidadian Carnival road marches in the late 1930s. With the help of Pete Seeger and Folkways Records, Kim Loy Wong became one of many steel drum artists who brought the sounds of the chromatically pitched instrument from Trinidad to America in the ‘60s. Using his music to reach out to underprivileged youth, Wong formed the Wiltwyck Steel Band when he became the steel drum instructor at the Wiltwyck School for Boys. Kim Loy Wong and His Wiltwyck Steel Band deftly mixes Trinidadian samba and rhumba styles with popular American songs ranging from gospel to folk, including renditions of “Saints Go Marching In” and “This Land Is Your Land”. The huge, soft sound and dissonant melodic rhythms of the steel drums as arranged by Wong will amaze anyone who hears them for the first time. Liner notes include descriptions and illustrations of the steel drum, its origins and its uses.