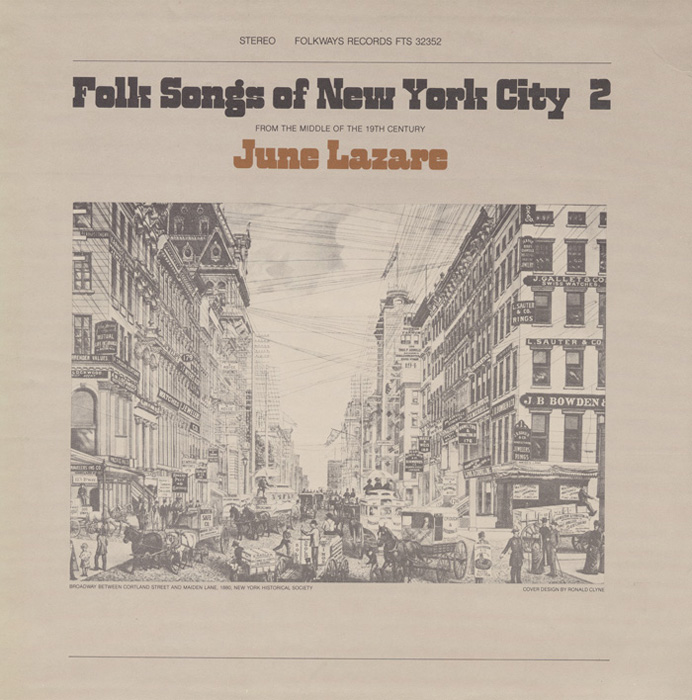 During the fifteen years following the release of Folk Songs of New York City, Vol. 1, ethnomusicologist June Lazare’s passion for urban folk music hardly abated. Instead, she researched the development of urban folk songs to produce this second album for Folkways Records.

Eleven compelling songs, performed by Lazare with occasional guitar accompaniment from Lee Goldenberg, vividly portray the stories of New York City and its denizens from the middle of the nineteenth century. The album brings to life a fascinating period of the city’s history, which bore witness to champion eye-gougers, civil war, and numerous disasters and dastardly deeds such as the 30th Street murder of 1858.

Anyone interested in the history of New York, or the origins of the urban folk song, will enjoy this lively collection and the illustrated liner notes that accompany it.

Volume 1 of the series recorded by Lazare on FW05276 is available here .