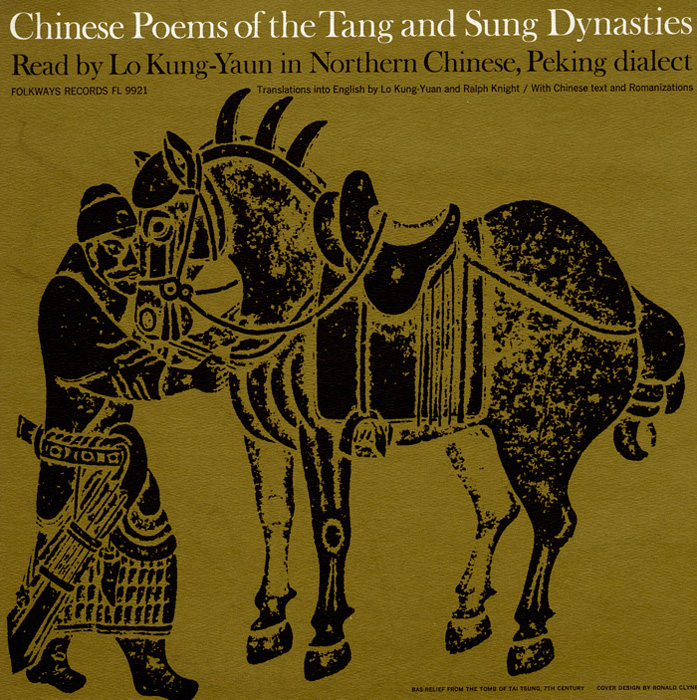 In this recording, Lo Kung-yuan, a teacher of the Chinese language at St. John’s University, New York, in the 1960s, reads 31 Chinese poems in the Peking dialect of Northern Chinese, better known as Mandarin. The album is a remarkable collection of outstanding poems written in the Tang Dynasty (618-907)—the high point of classical Chinese poetry from which around 50,000 poems created by over 2,200 poets have survived—and in the Sung Dynasty (960-1279), another high point when a new form of poetry called ci flourished.

Liner notes include the Chinese calligraphy of the poems, the Romanization, and the English translations.