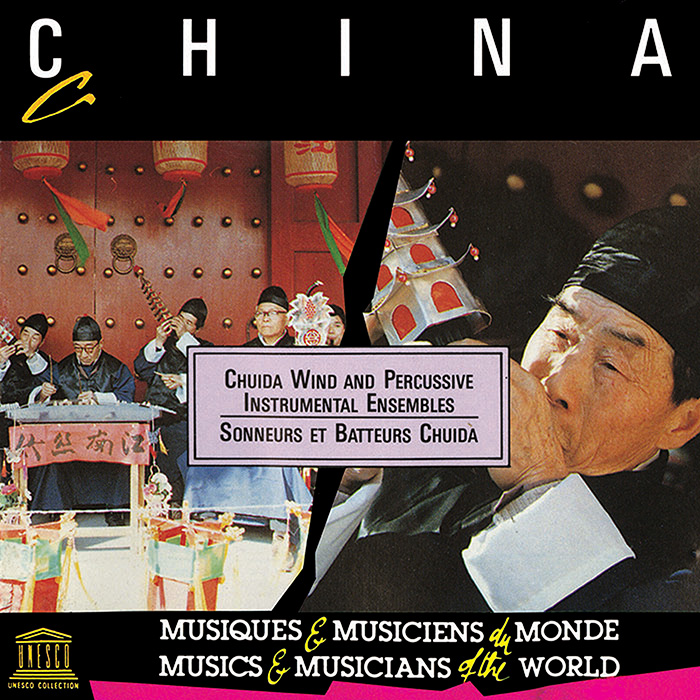 View Cart Custom CD $16.98
View Cart Digital Download $9.99
The music of China is as varied as its enormous population, but chuida is one of several styles of traditional folk music that is widespread. Chuida literally means “breathing-striking” and refers to wind and percussion ensembles rooted in rural communities, often played outdoors and sometimes as a procession. Flutes, oboes, gongs, and drums produce a harmonic mix of percussive and melodic sounds. Songs are tied to daily activities and special occasions, such as weddings, funerals, and birthdays.This album documents the chuida traditions of three provinces on China’s east coast:  Shanghai, Zheijiang, and Fujian provinces. François Picard, who recorded the tracks and wrote the liner notes, is France’s first full-time ethnomusicology professor, and he continues to teach at the Sorbonne in Paris.