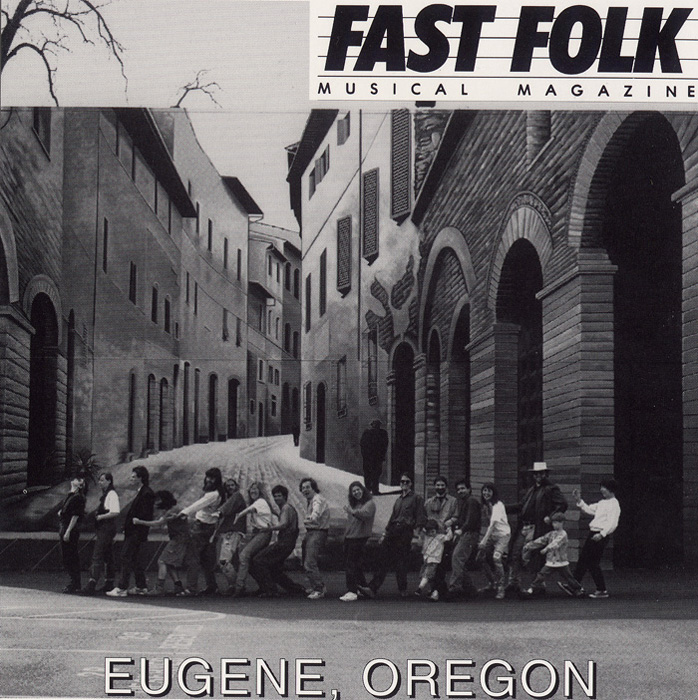 This edition of New York City–based Fast Folk Musical Magazine travels to the Pacific Northwest to look at and listen to the acoustic songwriting scene in Eugene, Oregon’s third largest city. The album was produced by Tom Intondi, a transplant from New York’s Greenwich Village. He writes in his “liner notes” column that moving to Eugene in 1991 revitalized his creative spirits. The songs in this collection cover themes ranging from direct expressions of love (“You Are the One I Love”) and taking back the night (“Militant Response”) to the environmental impact of logging (“Clearcut Disillusion”), the treatment of dogs in space (“Laika”), and death (“She Is the Rain”). A 16-page facsimile of Fast Folk Musical Magazine is included.