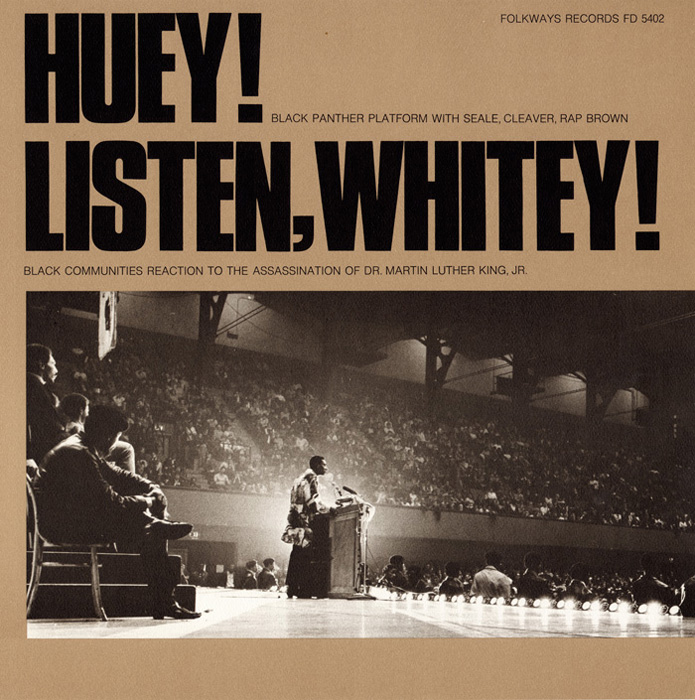 Huey P. Newton, one of the founding members of the Black Panther Party, was arrested in the late 1960s on charges of shooting a police officer.Huey! is a representation of the support Newton received from the Panthers and other members of the community during his trial.Listen Whitey! chronicles the reaction of the African-American community immediately following the assassination of Dr. Martin Luther King, Jr. Unrehearsed, the people’s voices on this album offer an unblemished glimpse of two difficult moments in African American history.