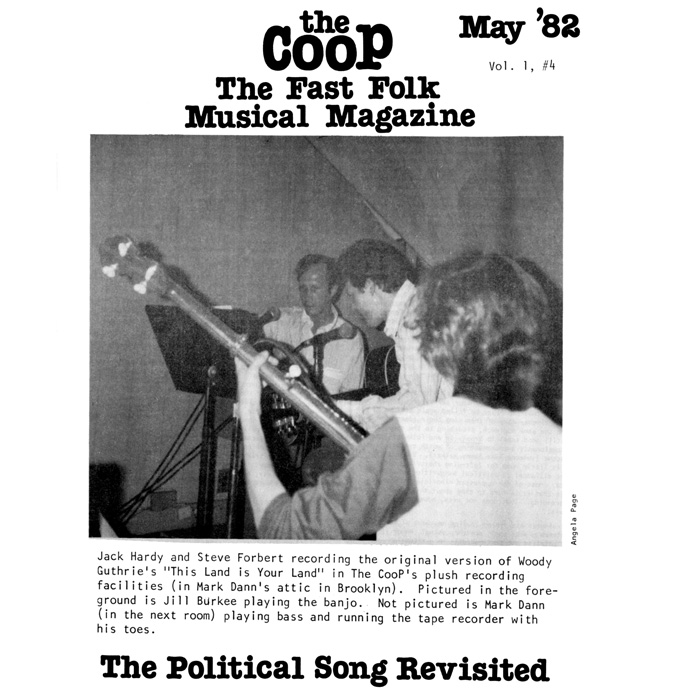 Tom Intondi, Frank Christian, “Charlie” Chin, Martha Roberts, Steve Forbert, Jack Hardy and others gather to sing about anything from the CIA to Jerusalem to Fidel Castro. The political song genre is ideally set up to reflect conflicts and political opinions of each generation. “We live in a society that must be drastically changed if we are going to survive; if we are not to lose a nuclear war (and there are only losers in that war) or if we are not to lose the ecological war.” Many might think that this statement is a reaction to current twenty-first century events: funny that Jack Hardy should have written this about his frustrations in 1982. This compilation includes a Forbert-Hardy version of “This Land Is Your Land.”