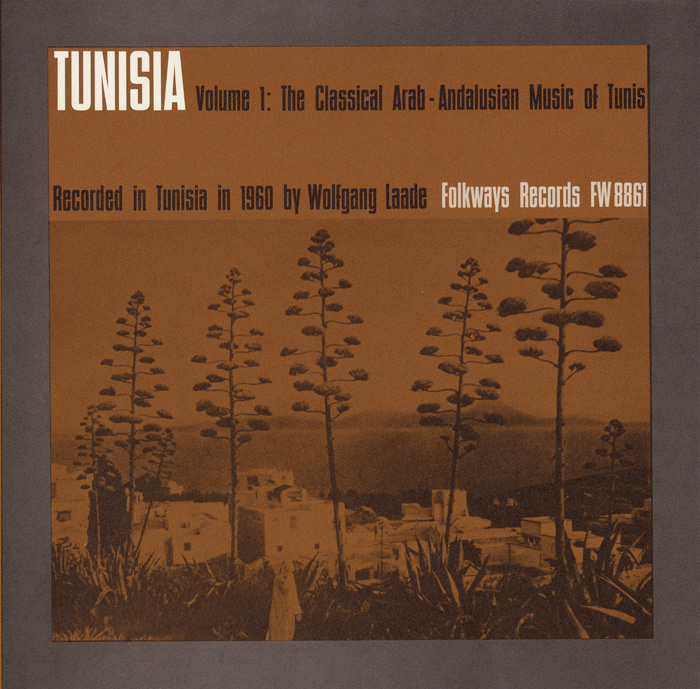 After the rise of Islam in the 7th century, classical Arab music developed in cities and later in the Muslim (Moorish) Andalusian courts of Seville, Granada, and Cordoba. From the 13th century onward, the Christian reconquista of Spain drove the Muslims to North Africa, where these local styles took root. In his liner notes, ethnomusicologist Wolfgang Laade explains that the goal of the Seville–influenced Tunis music presented here is the exact reproduction of traditional repertoire. Liner notes include a description of Arab–Andalusian music history, forms, and instruments.