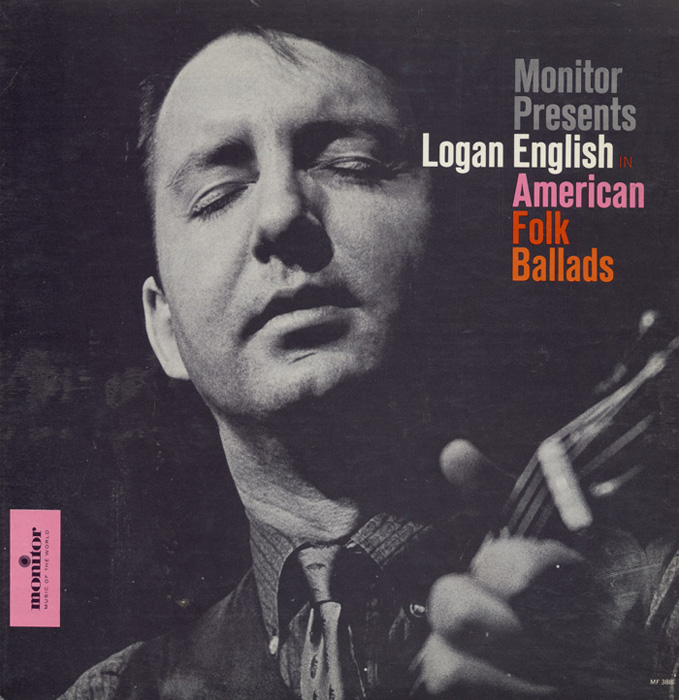 “From the wild-flower dusks of mountain twilights, out of steamy southern mud-flats and dusty midland prairies, off the sun-silver steel of cinder-blown railroad tracks and out of the chill damps of prison cells - from churches and saloons, cradles and gravesides come the songs of America that must be sung.”
—Logan English, 1962 (Liner notes to American Folk Ballads)

Growing up the son of preacher in rural Kentucky, Logan English learned the classic American folk songs he later recorded in New York while also pursuing an acting career. In 1960, English performed with Carolyn Hester for the opening night at Gerde’s Folk City and later helped Bob Dylan secure his first performance at the legendary Greenwich Village club.

In American Folk Ballads, the songs range from sea shanties such as “Shenandoah” to children’s songs such as “Little Brown Dog”. The liner notes, written by English, include a short description or story to accompany each ballad. In addition to this album, English recorded Kentucky Folk Songs, Songs of the Gold Rush, and Woody Guthrie's Children's Songs for Folkways Records.