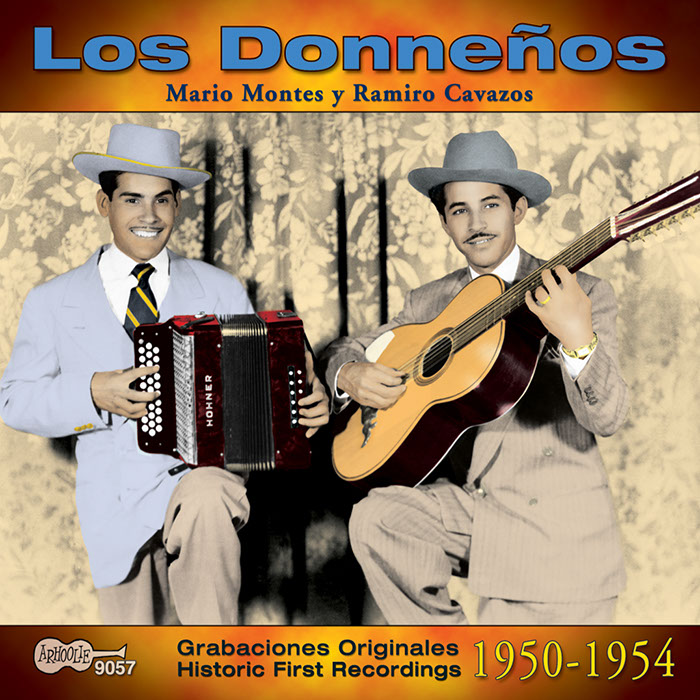 View Cart Digital Download $9.99
Los Donneños is a duet composed of Ramiro Cavazos on guitar and bajo sexto and Mario Montes on accordion. They formed their conjunto in the late 1940s in the Rio Grande Valley of south Texas, and their musical partnership lasted until Montes’ death in 1991. They are considered to be pioneers in the evolution of norteño music during the 1950s. This collection of music consists of their early recordings on the Falcon Records label in McAllen, Texas.