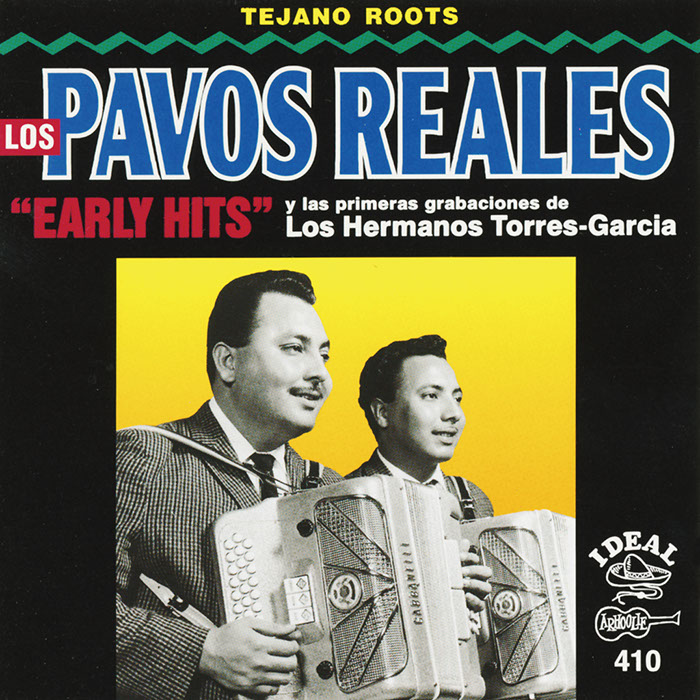 Salvador Torres Garcia (accordion) and younger brother Eduardo (Eddie) Torres Garcia (bajo sexto) led one of the premier conjunto bands in south Texas during the 1960s and ʼ70s. Naming the band Los Pavos Reales (The Royal Turkeys), the brothers’ close vocal harmonies and musicianship resulted in their recording three dozen albums and hundreds of 45rpm singles. This compilation showcases 16 of their hits from 1962 to 1964 and includes music from an earlier band, Los Hermanos Torres Garcia, consisting of Salvador and three of his other brothers.