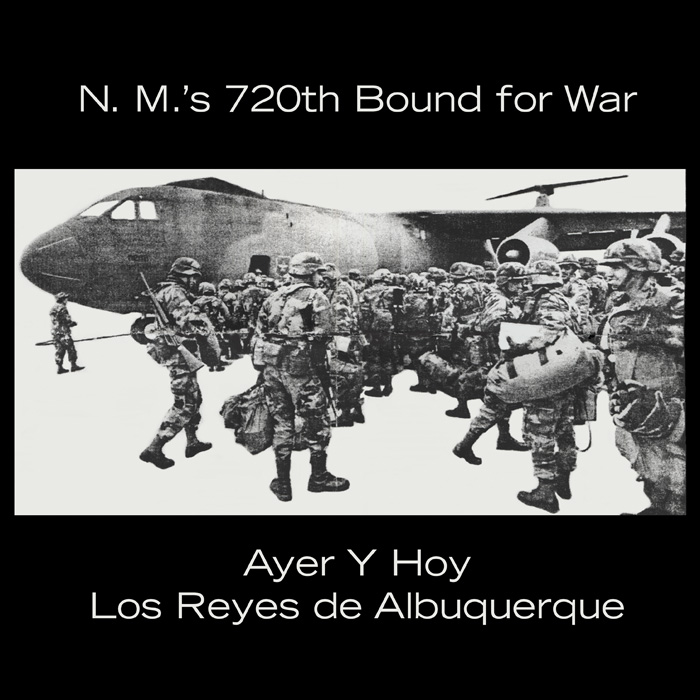 The group Los Reyes de Albuquerque (The Kings of Albuquerque) has been celebrated and honored during the second half of the twentieth century for its expertise in Mexican and Mexican–American music popular in northern New Mexico. Led by Roberto Martínez, the group has fused the lyrical sounds of New Mexican traditional music with other regional styles, perhaps most notably with the Mexican–American corrido (narrative folk ballad). Ayer y Hoy (Yesterday and Today) was recorded in dedication to the New Mexico Army National Guard’s 720th Transportation Company, which was deployed to fight in the Gulf War in 1991, carrying with them several donated copies of this album.