Irwin Silber’s life was characterized by an abiding commitment to social justice, fundamental economic and political change, and cultural democracy expressed by the agency of diverse cultural communities. His revolutionary spirit and effective organizational support of the interests of working people live on in the thousands of Smithsonian Folkways recordings, archival documents, and artifacts of individual and community-based musical and spoken-word artists and social movements he helped to promote in partnership with Folkways Records founder, Moses Asch. His personal values as a social activist and cultural worker are most keenly articulated in the Paredon Record label founded with his wife, Barbara Dane. The label was donated to Smithsonian Folkways Recordings in 1991.

Silber possessed a wide range of communications skills as a journalist, editor, publisher, and polemicist. As a teenager, he joined the Young Communist League, and later the Communist Party, as had his mother and father before him. As a Brooklyn College student his life-long cultural work as organizer and producer took form when he organized the American Folksay Group. Silber became closely associated folk culture stalwarts and Left-progressive artists like Pete Seeger. He joined with Seeger, Woody Guthrie, Lee Hays, Paul Robeson, Alan Lomax, and Earl Robinson to create People’s Song, Inc. and published a monthly bulletin to “create, promote, and distribute songs of labor and the American people.” He served as executive editor of Sing Out! magazine, which he co-founded with Pete Seeger, and for which he served as editor from 1951 to 1967. During his tenure the magazine published compositions by Bob Dylan, Phil Ochs, Joan Baez, Sonny Terry and Brownie McGhee, and Lead Belly, among other prominent folk singers. His creation of Oak Publications was a significant effort to publish the abundance of folk music material available during the revival.

During his life of advocacy and activism, Irwin was known to be resolute in his ideals and expectations of fellow activists, including artists. In his “Open Letter to Bob Dylan,” published in Sing Out! in November 1965, he criticized Dylan: “I saw at Newport how you had somehow lost contact with people... some of the paraphernalia of fame were getting in your way.” In 1968, in the Guardian newspaper (U.S.) Silber recast his criticism of Dylan, saying that his critique was “written out of love and deep concern,” concluding “I wouldn’t be sticking my neck out otherwise.” Silber did, however, live a consistent life of sticking to his cultural and political principles, as exemplified by how he responded deftly to threatening questioning by the House Un-American Activities Committee in 1958. He was called before the committee because of his ties to Left-wing causes and the Communist Party. Answering a question about what he taught at a New York City school with alleged Marxist associations, he said “folk dancing.” In 1968, Silber became cultural editor and film critic of the Guardian. He became executive editor in 1972, opening the last chapter of his life in national and international leftist politics, which culminated with the New Communist Movement (see Max Elbaum’s Revolution in the Air).

I met Irwin Silber during my graduate school study at Howard University. I was chair and National Board representative of the Washington, D.C., local chapter of the Puerto Rican Solidarity Committee (PRSC), which selected me to attend the September 1975 First International Conference in Support of the Independence of Puerto Rico, held in Havana, Cuba. Irwin was on the PRSC National Board and also attended the conference. We spent a lot of time together in tense meetings punctuated by ideological wrangling over the Sino-Soviet struggles in global affairs. He was steeped in the history and current polemics of the Left-wing squabbles of the day. I admired his principles, his grit, his knowledge, and his skill. During numerous trips to PRSC board meetings in New York, I spent many nourishing moments at the Brooklyn brownstone he and Barbara Dane shared, and many late evenings sipping Johnny Walker Black scotch as Irwin read aloud the poetry of Robert Frost.

We later became comrades in the New Communist Movement party–building organization, Line of March, and close family friends. His name is one of the few that are legible in my FBI files and one CIA file page. I owe much to Irwin for my ideological and political development, and for my totally unexpected venture into career work in cultural politics and heritage. His deep connections and serious scholarship and activism around folk music, labor songs in particular, and his courage to go against the status quo to achieve cultural and social justice provided me, I think, more than anyone else did, a socialist role model for an earnest pursuit of professional culture heritage work organically linked to social change and justice. We kept in phone contact and I occasionally visited him and Barbara Dane in their home in Oakland, California.

So it is appropriate for the Smithsonian Center for Folklife and Cultural Heritage and Smithsonian Folkways Recordings to remember and give tribute to Irwin Silber as one of the founding stewards of our work. He was among the stalwarts (Pete Seeger, Lee Hays, Paul Robeson, Alan Lomax, Bess Lomax Hawes, and Bernice Johnson Reagon, among others) whose fervor, artistry, and organizing skills through the generations established horizons of achievement for practitioners and advocates of the integrity of folk music and community-based culture. Because we are ever-conscious of the cultural heritage legacies for which we have been entrusted to provide stewardship, we are able to share with you the video clip of Irwin’s visit with us in 1999, in which he reflects on his Folkways history. 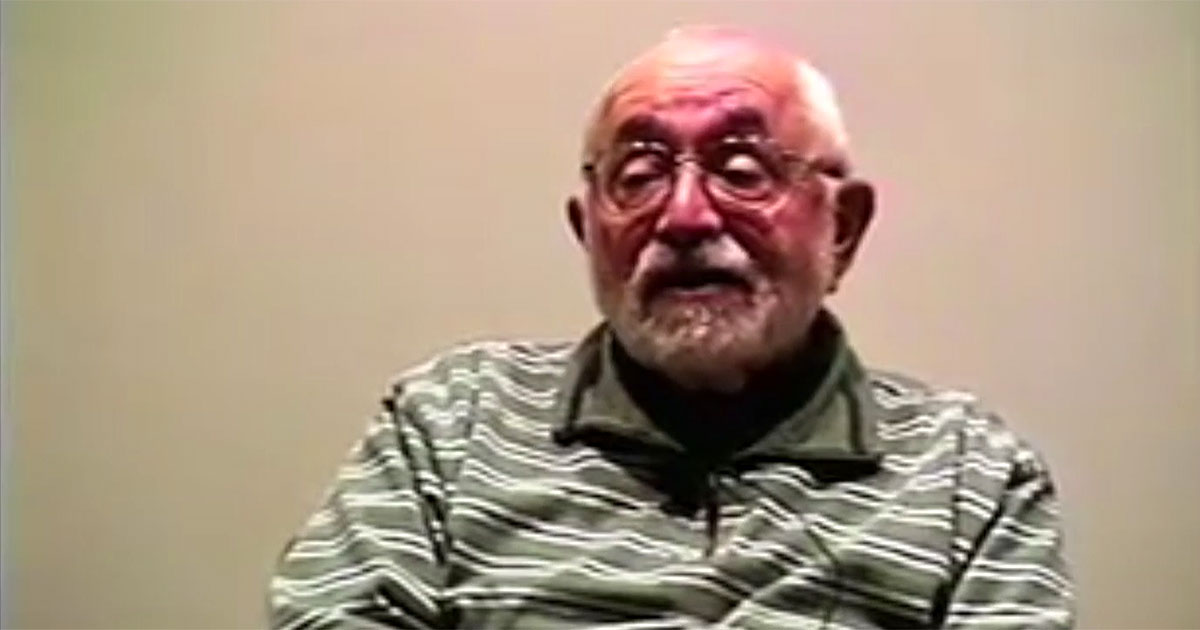 “He was one of a handful of people who can be called the architects of the folk revival, other than the performers themselves, and he helped move the music forward.”
— Mark D. Moss, editor of Sing Out!