The South American country of Uruguay was recently thrown into the world spotlight by its stellar upset performance in the 2010 World Cup in South Africa. Numa Moraes observed, “We were known for the World Cup, and soccer.... Just now Uruguay is being mentioned in another light, from a musical point of view, and it will be very important...important that the world get to know the music of this small piece of the Americas.”

Though more media attention has been devoted to the urban musical genres of the capital, Montevideo—tango, candombe, and murga—rural northern Uruguay is home to a rich and unique style of traditional accordion dance music that is a reflection of the cultural composition of its people, the “intenso mestizaje del área campesina” (intense cultural mixture of the rural areas) mentioned by Reyes Abadie, Bruschera, and Melogno in their classic historical text La Banda Oriental: Pradera, Frontera, Puerto. Afro-Uruguayans, European immigrants, descendants of indigenous peoples, Brazilians, and Spanish creoles form the elements of the uniquely American cultural mixture of this grassland region, traditionally devoted primarily to ranching but also agriculture. It is a region “where the accordion and the guitar are essential, and the music brought by black people. With the great amount of immigration that came to this area from Europe came the two-row button accordion, and with the accordion many rhythms and musical forms that became what we call our folklore.... The guitar was the other fundamental instrument that took root,” explained Moraes, who was born in the small rural Tacuarembó town of Curtina.

The rhythms—polca, vals, chotis, mazurca, and habanera—were popularized through urban dance salons and musical theater in the 19th century and “brought by immigrants, and reshaped in the form and style of the Uruguayan rural people,” explained Roldán. Also incorporated into the northern Uruguayan accordion dance repertoire were maxixa, a musical and dance style combining European and Afro-Brazilian elements that developed in the late 19th century in Rio de Janeiro, and milonga, a style also of late 19th-century Afro-Creole origin from the port cities of Montevideo and Buenos Aires.

I began conducting interviews and field recordings of northern Uruguayan accordionists and bandoneonists in 2002. Before beginning my work I scoured the sound archives of pioneering Uruguayan ethnomusicologist Lauro Ayestarán who, among his extensive fieldwork of various Uruguayan traditional musical genres, had recorded popular accordionists, primarily in southern Uruguay, beginning in the 1940s. He also gathered material from accordionists in northern departments such as Salto and Paysandú, and was able to record legendary button accordionists such as Aquilino Pío and Chico Soares de Lima. One of the crucial northern button accordionists Ayestarán’s microphone missed, though, was Otilio Roldán, father of Walter Roldán.

Walter Roldán is the most respected traditional button accordionist in Uruguay. Born in 1943 on the outskirts of the northern Uruguayan city of Tacuarembó, a hotbed of Uruguayan traditional music, Roldán is a member of a musical clan of eight siblings.

Their father Otilio “worked out in the country, he was a musician, and he had a horse-drawn cart and sold general merchandise on the ranches,” Walter recounted. “My father, who learned many songs with my grandmother, preserved the tradition, it was part of his livelihood: playing accordion at rural parties, weddings, and that kind of thing, and he raised us with that.”

“I began to play accordion very young...I was about seven or eight when I began to perform around the neighborhood.... Here in my neighborhood there were families that held house dances every Saturday, sometimes Saturday and Sunday. It was a tradition.”

At age fifteen Walter formed part of the guitar/accordion duo of the popular radio program “El Viejito del Acordeón” on Radio Zorrilla de San Martín in Tacuarembó, which was widely listened to in the region. Leaving the duo in 1968, Walter nevertheless maintained a rock solid presence on the radio for close to fifty years.

As a teenager he also began to play dances in the rural areas of the northern departments of Tacuarembó, Salto, and Rivera. Walter recalled, “The dances where I went generally...started at about seven in the evening and ended the next day at eight in the morning. You had to play about twelve or thirteen hours. There was no amplification, you had to make your instrument heard in the back of the hall....”

In my interviews with close to ninety northern Uruguayan button accordionists, piano accordionists, and bandoneonists, conducted in the throes of one of the worst economic crises experienced by Uruguay in recent history, the artists openly shared their lived experiences with their instruments and the traditional repertoire of the rural Uruguayan genre. They shared their personal views as to how social changes in rural northern Uruguay were reflected in the music, and explored the dynamics of the gradual decline of the genre and the passing away of popular instrumentalists without a new generation interested in maintaining the tradition.

As part of an effort to revitalize the genre, in 1985 Roldán founded an annual Two-Row Button Accordion Festival in Tacuarembó that gathered veteran button accordionists from the region. Then in 1986 he founded his group Los Gauchos de Roldán to perform at key Uruguayan cultural festivals such as the Fiesta de la Patria Gauchain Tacuarembó.

In 1996 Roldán began to collaborate with guitarist and singer Numa Moraes. The collaboration was based on combining traditional northern Uruguayan accordion dance melodies “with lyrics by Washington Benavides,”Numa said. “Washington Benavides is the principal poet of Uruguay.... We gave a lot of these things to Washington Benavides together with the story of how [Walter] had heard them...and he has composed incredible lyrics.” With Numa, Roldán has recorded four albums, and they tour together within Uruguay and internationally.

In 2005 I coordinated a marathon tour of the USA and Canada for Los Gauchos de Roldán, and they were featured at prestigious venues such as the John F. Kennedy Center for the Performing Arts in Washington, D.C.; the International Accordion Festival in San Antonio, Texas; the Chicago World Music Festival; and the Carrefour mondial de l´accordéon in Montmagny, Québec, Canada.

The intricate bandoneón, commonly but mistakenly perceived as belonging exclusively to the domain of urban tango, also has deep roots in rural Uruguay. “In the interior, polcas and all that were always played on bandoneón,” stated bandoneón master Chichí Vidiella, from the northern Uruguayan department of Paysandú. “The sound of the bandoneón...is the brother of the sound of the accordion, it has a different quality but it is the same mechanism, the reeds vibrating as air passes.” Vidiella, born in 1932, is one of the great masters of the folkloric bandoneón styles of Uruguay and for many years accompanied the great Uruguayan artist Aníbal Sampayo. I met and interviewed Vidiella in 2002 as part of my fieldwork. “I think it is important to give an identity  that was being lost,” Chichí reflected on the significance of the upcoming Smithsonian Folkways album.

Musicians that I met close to ten years ago—bandoneonist Vidiella, and Tacuarembó guitarists Bernardo Sanguinetti and Ricardo Cunha—make up the select team of musicians that recorded on Los Gauchos de Roldán: Button Accordion and Bandoneón Music from Northern Uruguay, together with Walter Roldán and Numa Moraes.

Bernardo Sanguinetti studied and performed with important Uruguayan guitarists such as Alberto Larriera, and formed part of the nucleus of musicians of the famous Tacuarembó Bar de Toto, of the late, influential popular guitarist Toto Latorre. Veterinarian Ricardo Cunha is a member of the seminal Tacuarembó group Los Aparceros, playing guitarrón with his distinctive percussive style. Numa Moraes, forced into exile during Uruguay's dictatorship and a graduate from the Royal Conservatory of The Hague, has been a crucial figure in Uruguayan popular music since the 1960s. Among his musical mentors figure bandoneonist René Marino Rivero from Batoví, Tacuarembó, and guitarist-songwriter Daniel Viglietti.

“This recording, for us, gives great satisfaction, to me mainly, because I gave many things that were kept inside me,” Roldán shared with me. “Those songs are a tradition, we carry them, that was the legacy that [our father] left us, the music that he played.”

Numa stated, “The two-row accordion has been fairly looked down upon... The accordionists were dying off...just now is it coming back....We need to defend these roots and adapt them to the moment. It's very important, then, to keep on creating....” 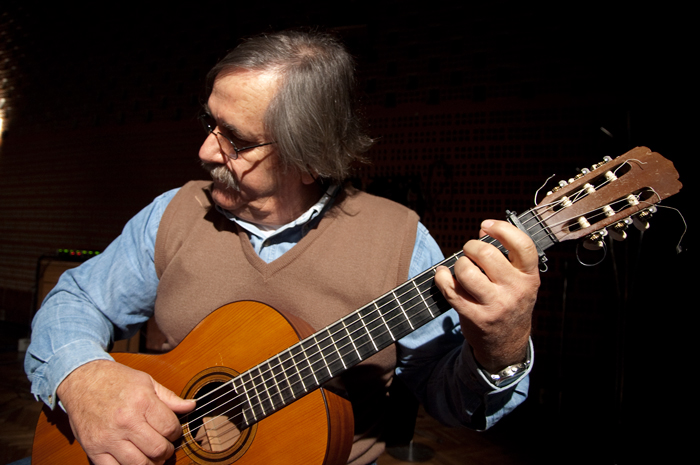 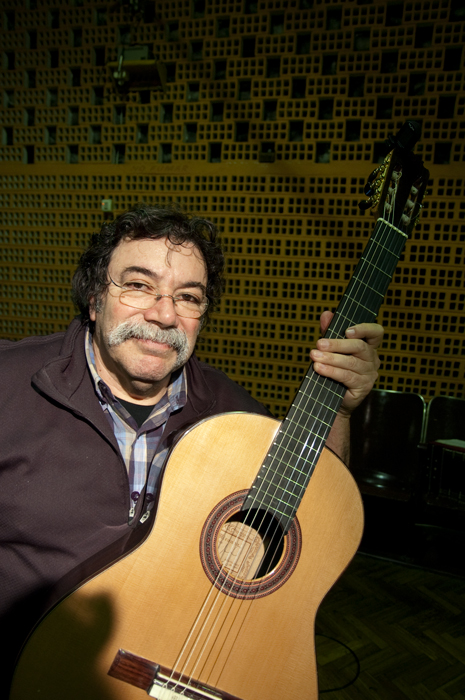 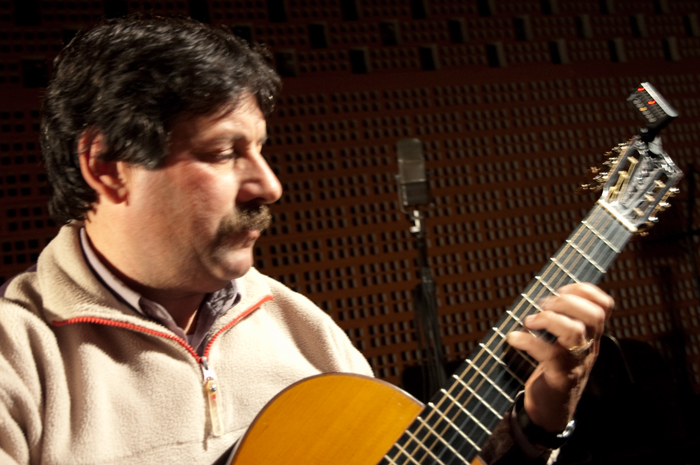 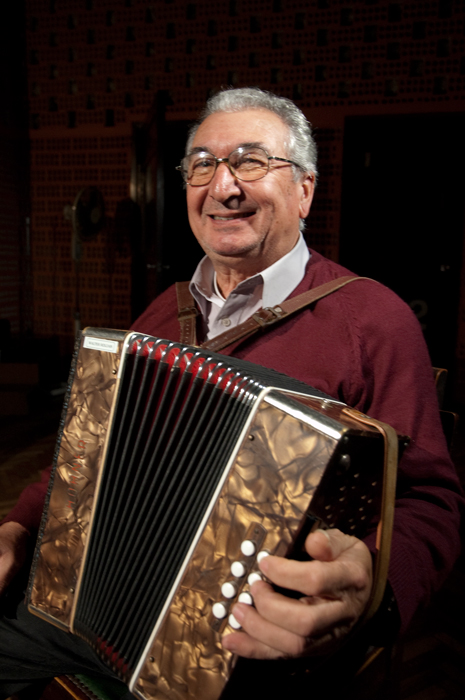 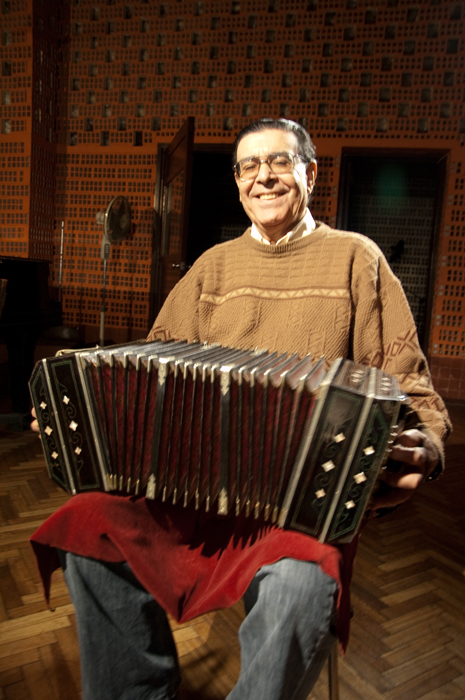 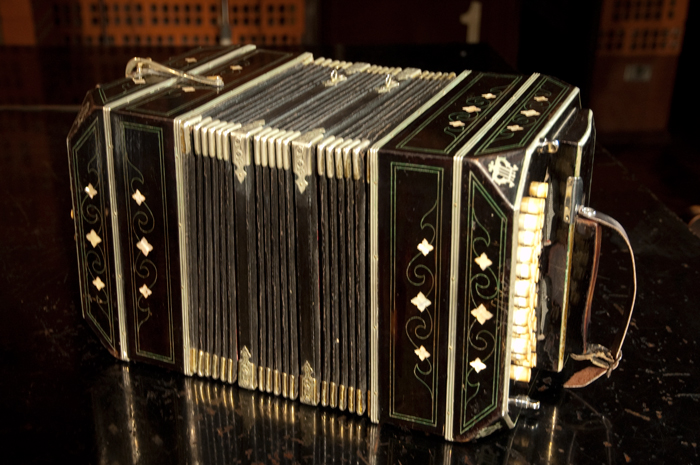 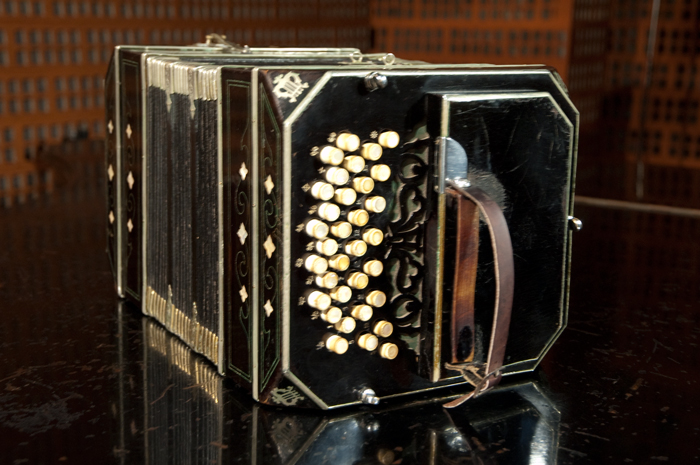 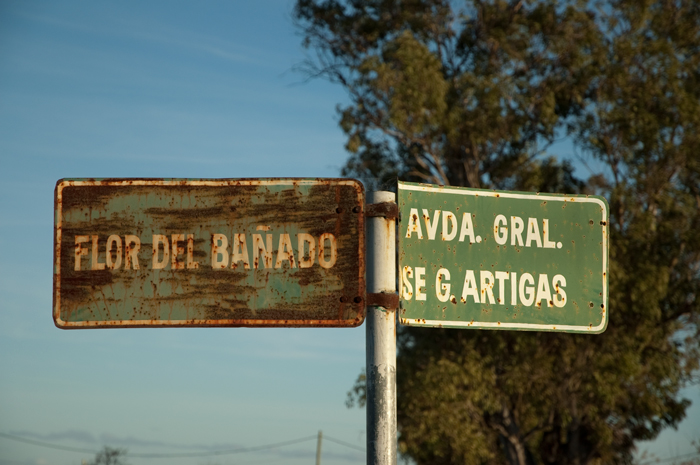 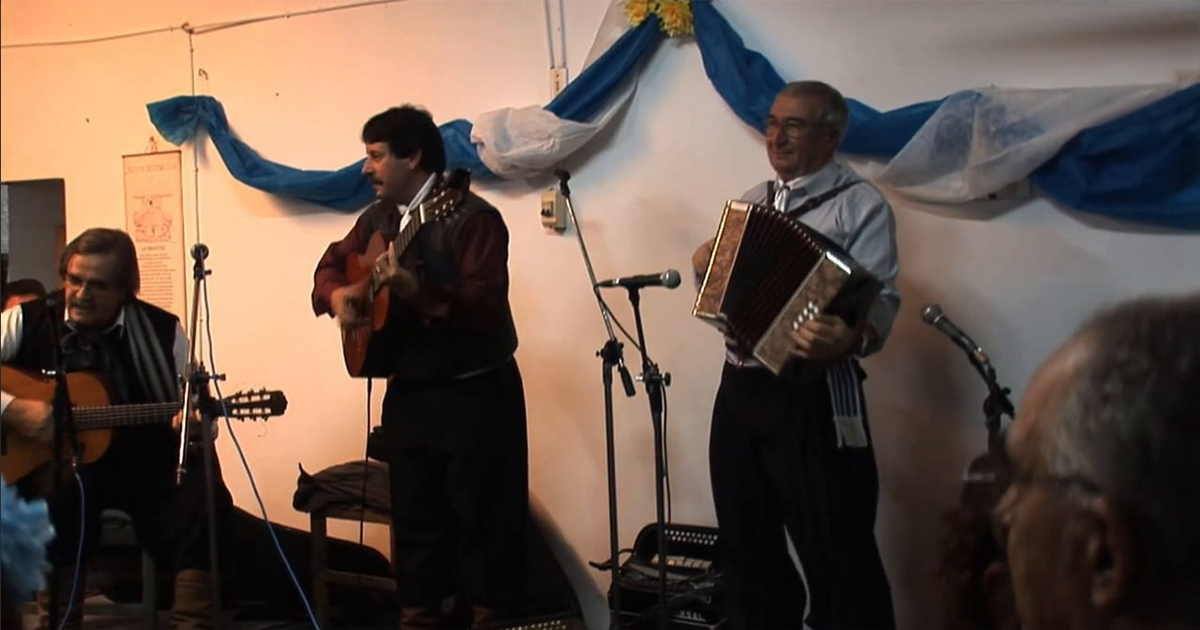 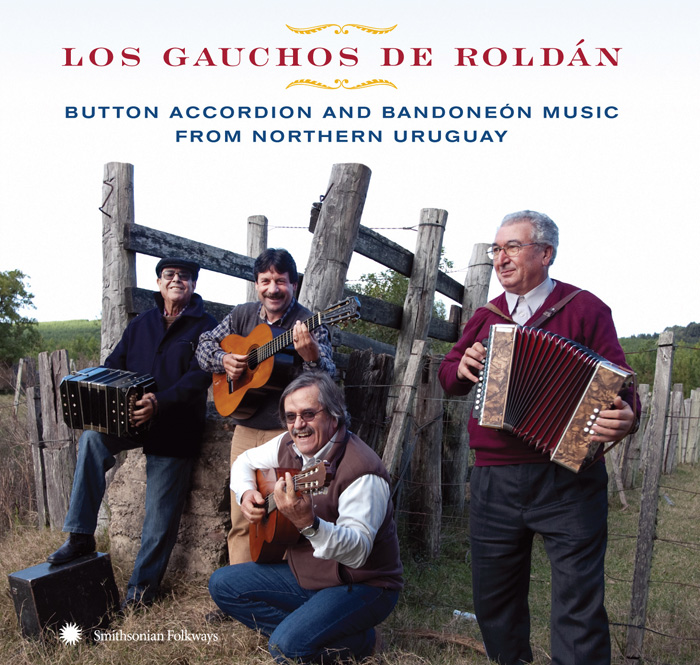