As the curator of Smithsonian Folkways Recordings, I am often asked why I choose certain recordings to be published. My shortest answer is that I look for a recording that has both great music and a great story. The next question usually is: “What do you mean by great music and great story?” By “great music,” I mean music performed at a high level of standards as determined by the culture of which it is a part. By “great story,” I mean music that has a compelling extra-musical role—for example, it brings to public attention a culture with a future threatened by outside forces, counters cultural inequities by reinforcing a minority culture’s identity, adds momentum and meaning to a cultural movement, brings people together across cultural barriers, or illustrates a little-known cultural tale that needs to be told.

The recording ¡Soy Salvadoreño! Chanchona Music from Eastern El Salvador is a good example of what I mean by “great music with a great story.” The music is a mountain tradition, with its loose-jointed and undeniably joyous sound rooted in rural country life. It is performed by members of an accomplished, respected family of musicians steeped in the tradition for three and four generations. They play the style of their community and their ancestors, and they do it well. The spirit behind the music is the same rural-life spirit behind its name; chanchona means “big sow pig” and was playfully applied to the music around 1960 in reference to the homemade string bass that anchors the group. The “story” is that of a community from the eastern department (state) of Morazán, a central site of El Salvador’s civil war of the late 1980s and early 1990s. Forced by poverty and indiscriminate violence to leave their homes, many emigrated to Washington, D.C., and the surrounding area in the states of Virginia and Maryland.

The recording’s “storyline” begins in the U.S.A. and is portrayed in a short video on the Folkways website. In a Leesburg, Virginia, living room, with his three brothers, two cousins, and nephew, Salvadoran chanchona musician Trinidad Lovo says, “We come from war. We were born in a village where nobody had a cultural life, where nobody would applaud. We came from sadness, from war that gave us no reason to dance, to be happy. Some of us came here traumatized with our country’s problems. Once we were here, we realized that there was only work and no chance to have fun, and we brought out our music and played out our feelings in afternoon gatherings. Through music, you forget your sorrows, work problems, any kind of problem.” This is the two-pronged core of the storyline: the personal motivations and hardships of immigration; and the power of a little-known music of a hardscrabble people to uplift them and bring them together in tough times. The experiences of Lovo and his musical family are an immigrant story played out in millions of ways in the U.S.A. and the world. It is a story that is both particular and universal.

The joyous, homegrown, rough-hewn sounds of a chanchona ensemble playing Salvadoran cumbias and rancheras for their family and friends invite us to learn more about the story of Trinidad Lovo and his musician relatives. The music and its American setting are the jumping-off point to visit the back country of El Salvador—the hills of Morazán province that were the stronghold of leftist guerillas in the 1980s. Lovo’s home village of Pajigua Arriba in Guatajiagua municipality—“an ugly, ugly village with nothing but a few scattered houses,” in his own words—is still home to many Lovos, including a younger generation of chanchona musicians. Our team of three traveled the twisting, eroded, one-lane mountain roads that took us to the tough reality of the local people, the role of music in their lives, and insights into why many of them risk all to come to the U.S.A. We visited a chanchona performance by the Salvadoran branch of Los Hermanos Lovo in Guatajiagua in the wattle-and-daub hillside home of Trinidad Lovo’s father Francisco, the family patriarch. Through the musicians, we gained a better understanding of the difficulties of everyday life, of how the music offers respite from hardship, and of their brothers and cousins in the U.S.A. who continue to play chanchona music and send remittances to help the family back home.

In Guatajiagua and the entire Oriente (eastern) region of El Salvador east of the Lempa River, chanchona music is one of the greatest sources of joy and local cultural life. Though it has likely existed in the area for at least a century, it is all but unknown outside El Salvador. Government support for the music and scholarly research on it are virtually non-existent. Driven by two rustic violins accompanied by acoustic guitars, simple percussion, and the chanchona, the music is the soundtrack of regional humor and optimism. Long disdained by cultural elitists, its major ally has been a single radio station—Radio Chaparrastique—based in the city of San Miguel, in the heart of Oriente. In 1969, Radio Chaparrastique inaugurated a chanchona competition and festival that became an annual highlight of rural and poor people. This form of cultural resistance to outside commercial forces of change, and stubbornness to continue a home-grown form of cultural expression and identity, are also part of a storyline that needs telling.

To close, I have long felt that a recording with a good story as well as great music will have more impact in the world than one with only one or the other of these. The impact I hope for is to connect Salvadorans, particularly in the U.S.A., with a key touchstone of their ancestral home, their cultural heritage, and the living cultural and social ties that bind them together in dispersed locales far from their native land.  In a call-in radio show aired over dozens of radio stations by Radio Bilingüe highlighting the album’s release around Salvadoran Independence Day (September 15), the callers were nearly all Salvadorans, praising the availability of their roots music and hungering for more. (Click here to listen to the show) The recording “worked” when it reached the community in this way. I also hope that more non-Salvadorans will gain a greater familiarity with and insight into this American population group approaching two million people; I know of no other widely available educational resource on this roots musical tradition. If educators will use the music, liner notes, and accompanying website videos to learn and teach the “story” of Salvadoran immigration, creativity, and culture, then cultural barriers of misunderstanding separating us can be broached. Music is a heightened, powerful form of communication; pairing it with the power of a compelling story connects people to people as well as to music. 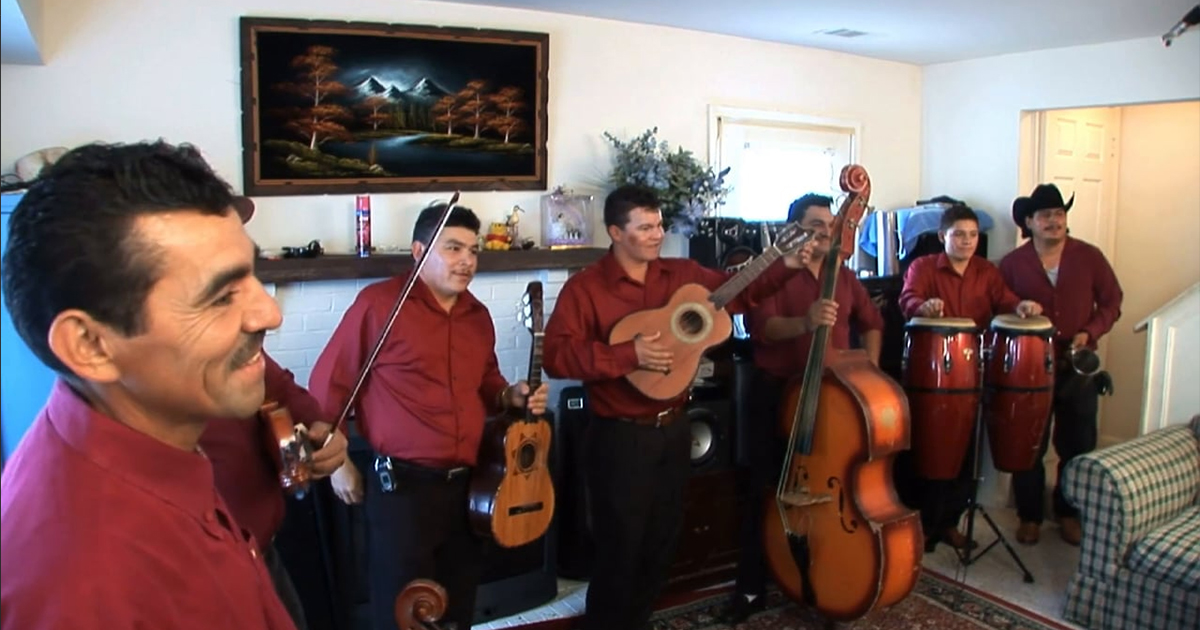 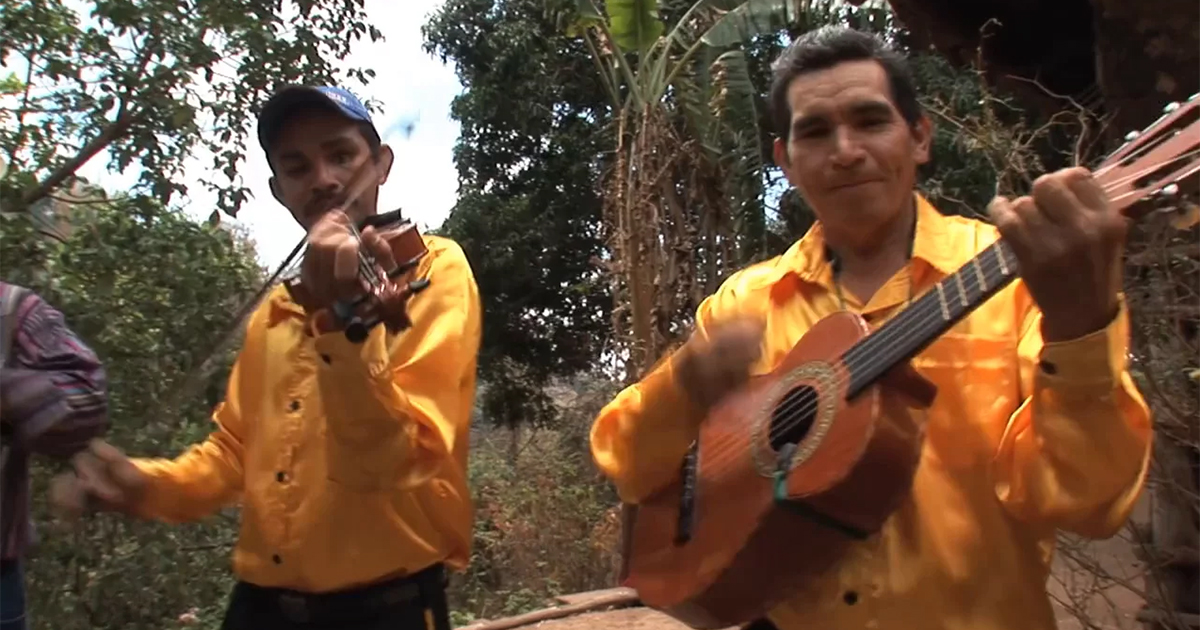 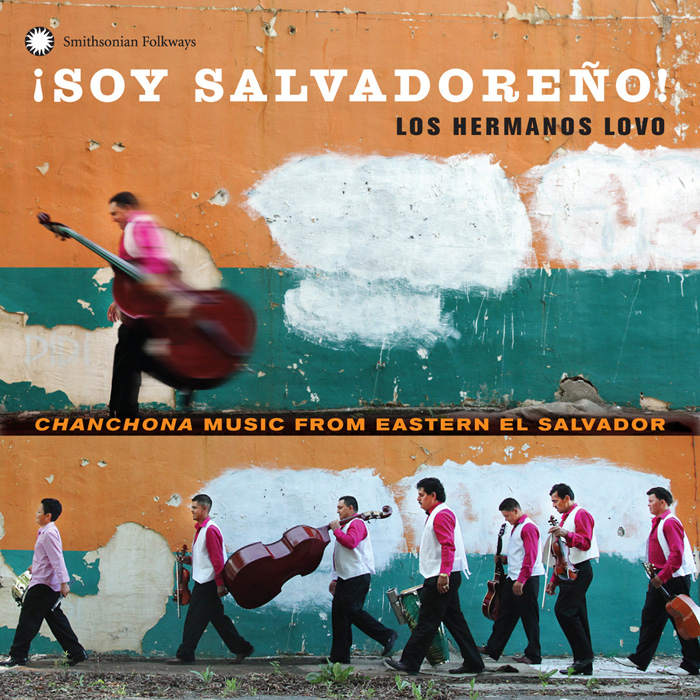