The accordion-driven conjunto tejano and its music emerged from the rural, small-town life of the Rio Grande Valley in the first half of the 20th century. Called "el Valle" or "the Valley" by its majority Spanish-speaking population, the south Texas border region is a flat, fertile floodplain rich in crops such as cotton, sugarcane, and citrus. By the early 21st century, this small, regional music had spawned hundreds—if not thousands--of conjuntos, had spread to dance halls, event rooms, and house parties in many regions of the United States, and had earned a place in the music industry's prized GRAMMY awards. A few artists, such as the pre-eminent San Antonio accordionist Flaco Jiménez, appeared in collaborations with high profile music luminaries such as country music's Dwight Yoakum and rock's Rolling Stones. San Antonio became the commercial center for the music, and its Tejano Conjunto Festival staked its claim to a major niche of the Texan music panorama. The honoring of its living ancestors Narciso Martínez, Santiago Almeida, Valerio Longoria, Tony de la Rosa, and Mingo Saldívar by the United States National Endowment for the Arts confirmed its place as a major American vernacular musical tradition.

Inspired by the efforts of those pioneering musicians a new generation has emerged. Max Baca, the leader of Los Texmaniacs, was born and raised in Albuquerque, New Mexico. His grandfather was an amateur accordion player, and his father, Max Baca, Sr., played accordion in his own band. Narciso Martínez was one of his father's idols, and Baca treasured his recordings. At age five, Max started learning accordion. "I was five years old, and I learned the polka 'Monterrey.' The second song I learned was 'In the Mood'." This openness to incorporating the musical sounds around him into the conjunto music he inherited from this father portended the future direction of his musical career. Max remembers not having a normal childhood. In school he got in trouble for writing songs during math class. "It was all about music for me," he recalls. His father made Max and his brother Jimmy practice, and by the age of eight, Max was playing electric bass in his father's conjunto. The group played three or four nights a week, a necessity to bring food to the family table. He went with his father to many dances in Indian pueblos and to the popular Calderón dance club in Phoenix, Arizona.

Max also cherishes memories of the many trips with his father to see Flaco Jiménez perform in the Fronterizo dance club in Lubbock, Texas. People called Jiménez "the dance hall filler" ("el llena salones") because of the crowds he attracted with his dynamic accordion playing. Max was seven years old and could barely see over the stage floor. "Man, I'd get goose bumps right when these guys were ready to get on the stage." When he was twelve, Max joined his brother Jimmy to form their own group, Los Hermanos Baca. One night, Flaco invited them to come on stage with him and play. Flaco remembers the moment: "The people went crazy to see two young kids just tearing it up and doing it right. And for their age, I felt that there was going to be a future for either Jimmy or Max, especially Max because of the bajo sexto. He could handle it real good." Max idolized Flaco and his music: "It was my ultimate dream to play with Flaco Jimenez." Twenty years later, it came true.

Max had been playing in Albuquerque with Los Hermanos Baca when Flaco invited him to come to San Antonio and play bajo sexto in his band. Flaco showed him the old techniques and encouraged him to play all twelve strings, in contrast to many other players who ignored the lower strings, relegating the bass line entirely to the electric bass. Jiménez had been collaborating with non-conjunto artists such as Ry Cooder, Peter Rowan, and Dwight Yoakum. On the horizon were the Texas Tornados, the popular crossover group that included Flaco Jiménez, Doug Sahm, Freddy Fender, and Augie Meyers. Max was attracted to the group's rock and roll beat, the Freddy Fender ballad singing, and the "downright stomping conjunto of Flaco and Augie." The freedom to relate to the rock and roll sound of his youth as well to as the traditional conjunto roots from his father appealed to him and felt natural.

Doug Sahm's death in 1999 led to the decline of the Texas Tornados. Max continued to play with Flaco, but wanted to keep the creative flame of the Texas Tornados alive in his own work. In 1997, he created Los Texmaniacs. His concept was to keep the rock and roll dimension of his music going while at the same time sticking to the roots of conjunto, especially the accordion and bajo sexto. He remembered his father's words of advice: "Remember where you come from and remain humble." It was not easy finding quality musicians who shared his concept. Some played straight conjunto, others played straight rock, and very few were open to both. "It's been a long journey trying to find guys that were on the same page." While the members of Los Texmaniacs have changed over the years, the concept remains the same, "and that's to do hip music that everybody in the world can relate to, with the traditional conjunto elements," Max affirms. "That's the concept, without ever losing your cultura. As long as the notes are played right, and the feel is right, and it's done right, it's going to be good. There are only two kinds of music—good and bad."

Over the years, Los Texmaniacs has attracted a cadre of first-rate conjunto musicians. Some of them, such as those on this recording, continue to play regularly in the group. In addition to Max Baca, three others complete the conjunto sound: David Farías on accordion, Óscar García on electric bass, and Lorenzo Martínez on drums.

David Farías comes from a prominent South Texas musical family. His father and uncle were musicians, and the group with his five brothers was known first as Los Hermanos Farías. He started playing music with his family at age eight and played with them professionally for thirty-four years. He remembers missing most school days because he had to play late seven nights a week with his father and brothers to support the family. At one point, a radio disc jockey jokingly called Los Hermanos Farías "La Tropa F," a take-off on the popular and satirical television sitcom at the time, F Troop. As La Tropa F's popularity skyrocketed, they played to major audiences of tens of thousands. David was the lead accordionist, and he took his role seriously. Touring was a tough routine, and he managed by being conscientious about his playing and disciplined in his personal life. He parted ways with La Tropa F in 2006, the precise moment in which Baca was looking for a new accordionist for Los Texmaniacs. "Being with the Texmaniacs has been a blessing," he says. As to his philosophy of playing: "A lot of people tell us we're having a lot of fun onstage... I've learned that, through the years;...you be yourself, be humble. You play from your heart, and music comes out beautiful." David's musical models are many, but Flaco Jiménez and Mingo Saldívar are at the top of his list. Farías credits his accordion sound to Jiménez, who tunes David's accordion reeds to sound like his own. His first memories of playing with Los Texmaniacs stay with him. One was the need to incorporate jazz and blues licks into his conjunto-style playing. The other was his first performance with the group—a tour to play for American troops in Iraq, followed by another tour to Afghanistan. In David's words, "It was awesome."

Óscar García was born in Santa Cruz, California and was raised in nearby Hollister. His father, Encarnación "Chon" García, was a professional musician from McAllen, Texas, in the Rio Grande Valley. Óscar started with accordion when he was five and eventually became good enough to play dual accordions in his father's band, Los Alegres de Texas, in the style of the renowned two-accordion conjunto, Los Pavorreales. At sixteen, he went out on his own, only to return when his father needed a drummer. He learned drums, then bajo sexto, then bass, mastering all the instruments of the conjunto. Along the way, he also learned to sing both primera (first) and segunda (second, harmonizing) vocal parts, making him a complete conjunto musican. He moved with his family to San Antonio in 2002 and coincidentally settled a short distance from Max Baca's home. They became fast friends and frequent musical associates, and Óscar became a long-time ingredient of the Texmaniacs mix, filling in on any instrument needed. He says the group is called the Texmaniacs "because we always come up with something different, something for the younger generation that will bring them in to get them adjusted and used to the music that we were brought up off of." They play for the older generations as well, keeping up with their demand for the older forms of chotís, redova, huapango, and classic polka. Of both the challenges and the appeal of playing with the stylistically adventurous group, he adds, "I didn't hear rock and roll when I was young. All I heard was accordion.... [Playing with Los Texmaniacs] gives me the opportunity to learn something that I didn't know... I am a humble musician, and I like to learn more, because it never stops."

Lorenzo Martínez plays drum set and sings on this album, though he is a multifaceted musician. Born and raised in the Norwalk-Whittier area in southeast Los Angeles, he remembers improvising a drum set from pots and pans when he was small. "I always knew that music grabbed me, so I grabbed it back," he reflects. Lorenzo grew up listening to accordion music favored by his grandmother Epifania Chávez. He took up saxophone in school, which eventually led his to jazz studies at Cerritos College. There, an encounter with the school's mariachi performance program led by mariachi trumpeter/arranger/bandleader José Hernández sharply changed his musical direction. "That was the beginning of something different in my life," he says. Lorenzo took up the vihuela guitar and the guitarrón acoustic bass and began playing Mexican music. He studied mariachi with renowned musician Nati Cano at UCLA. At the same time, he started playing Texan-style orquesta tejana and rhythm and blues in East Los Angeles. When Max Baca was on tour in Los Angeles with the Texas Tornados in the early 1990s, he met Lorenzo playing in the Texan-style group, Los Rock Angels, and the two began a long-term musical acquaintance. Lorenzo began playing with Los Texmaniacs in 2003 and remained a regular member of the group's pool of regulars. What's special about the Texmaniacs for Lorenzo? "The Chicano mix that they do," he answers. "We're so fortunate to be part of a [Chicano] culture that could grasp the blues and do a traditional bolero or ranchera. I think that's why they're special.... Everyone shows up to see the Texmaniacs, all ages." Lorenzo resides both in Los Angeles and San Antonio, staying closely connected to variety of musical veins in both places, working as a free lance musician and music teacher. In learning to play different styles of music well, he counsels, "It's very important to know the roots of every genre, whoever you are, wherever you're from. Learn the traditional style and learn it well." 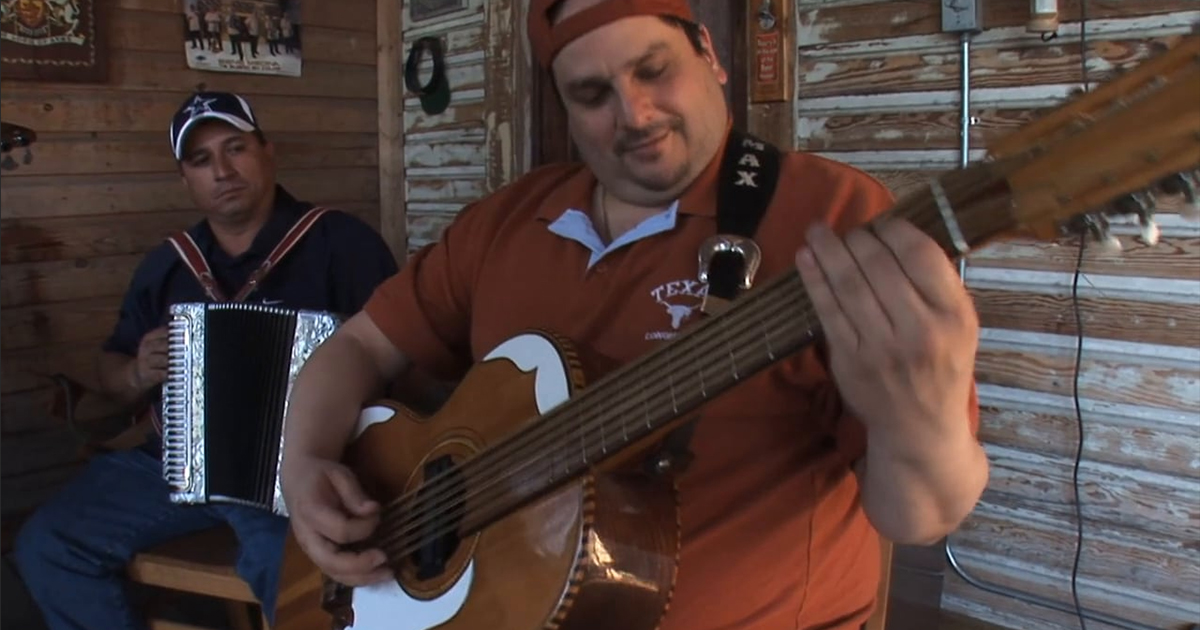 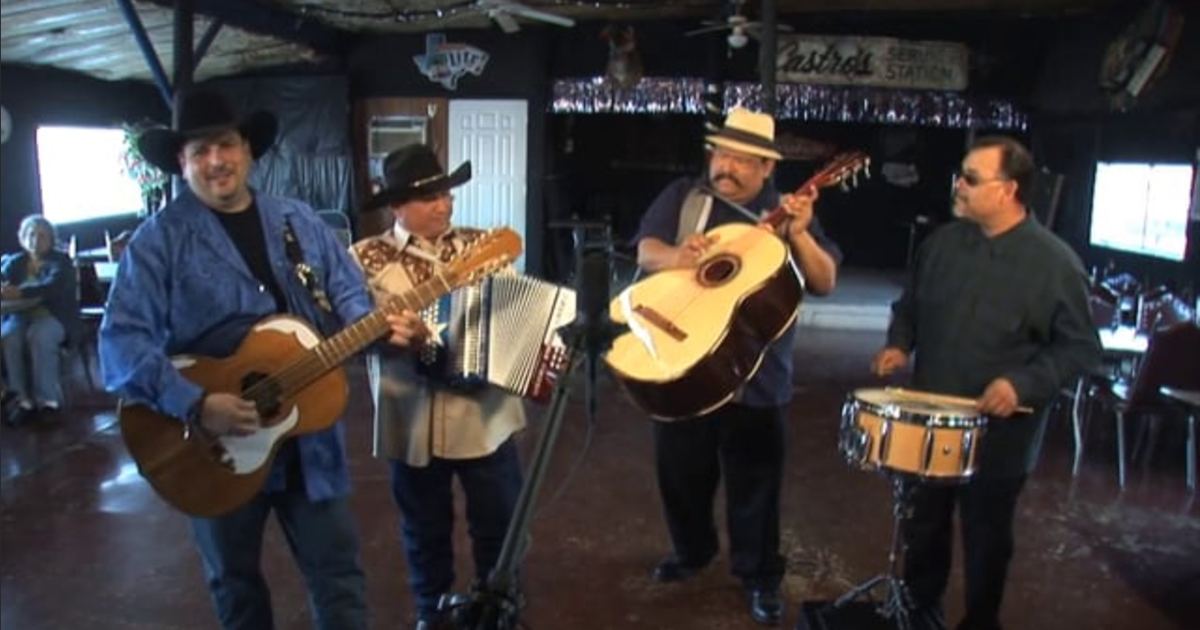 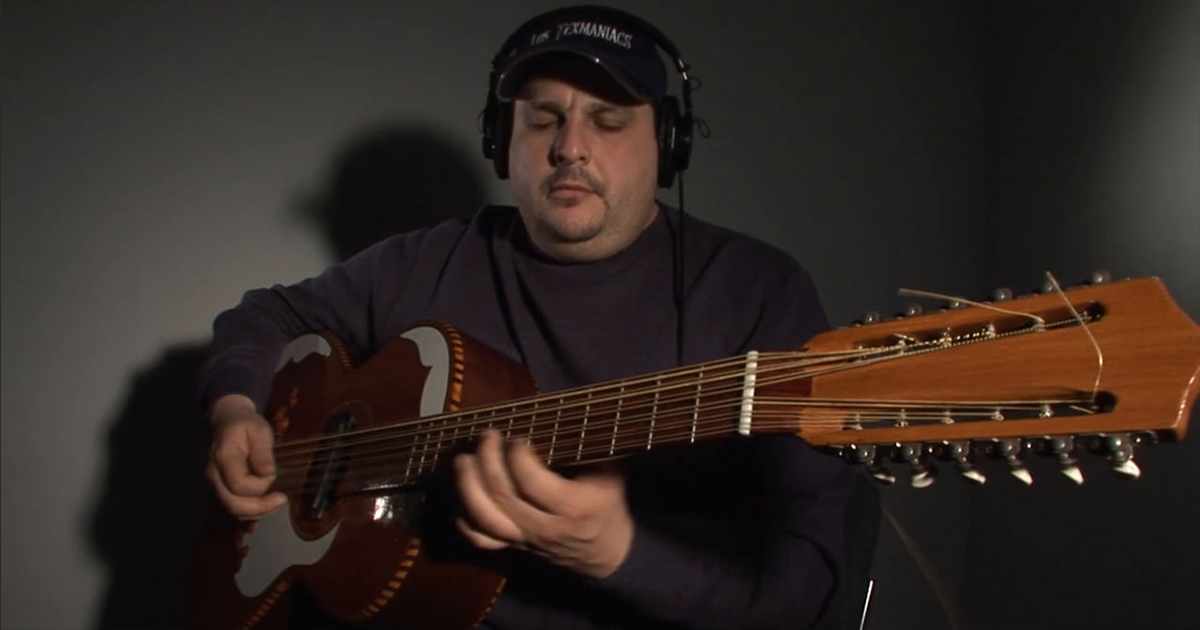 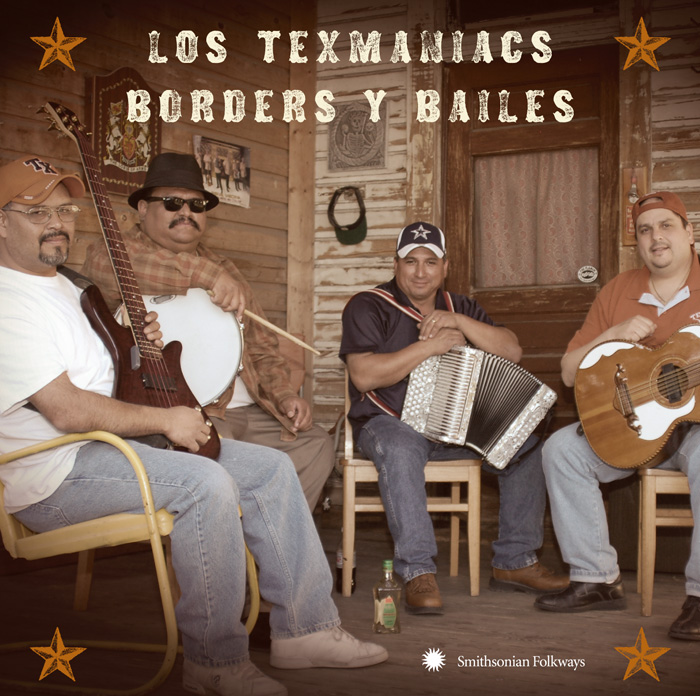 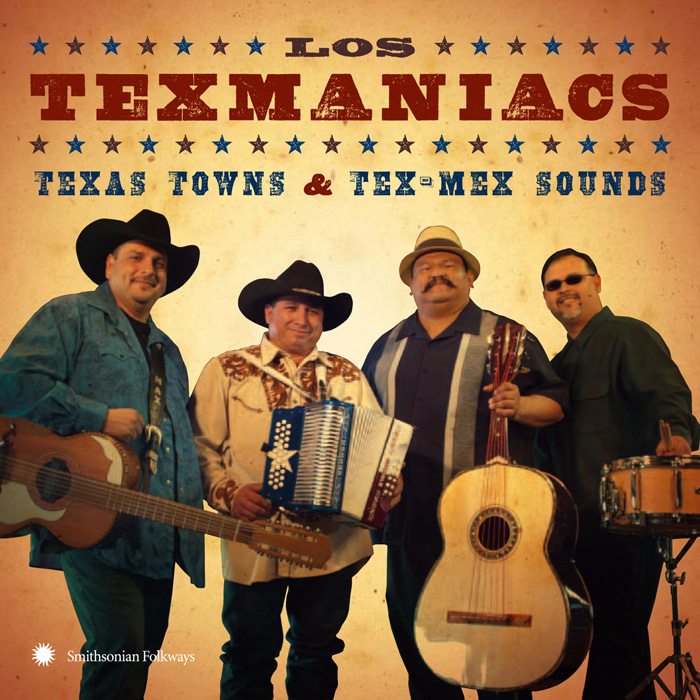