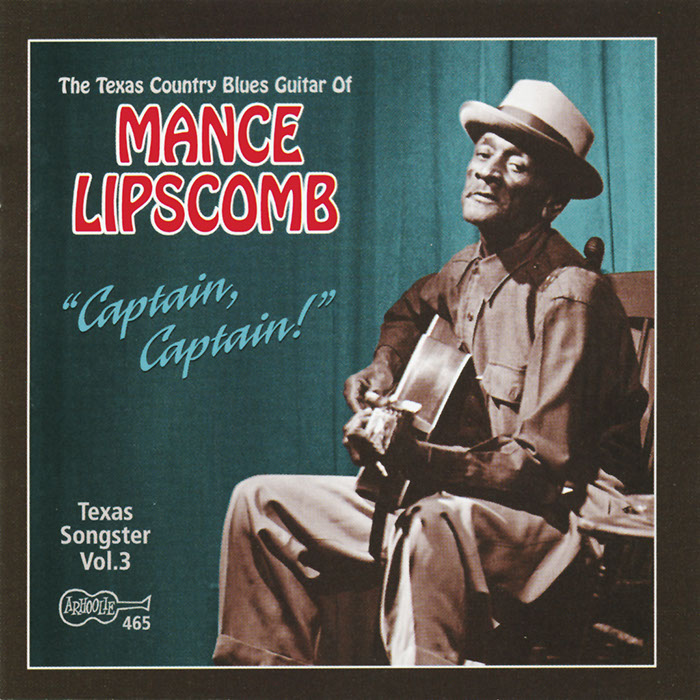 Beau De Glen Lipscomb (1895–1976) changed his name to Mance (short for “emancipation”) to honor a friend of his older brother’s. A self-described “songster” and a tenant farmer, Lipscomb was discovered by Arhoolie Records owner and producer Chris Strachwitz in 1960. This collection includes 11 previously unreleased songs recorded at that initial 1960 session as well as a dozen songs from a 1966 session. Among them is “Tom Moore’s Farm,” a song that Lipscomb co-wrote about working on a cotton plantation in Texas. Lightnin’ Hopkins had previously recorded the song as “Tim Moore’s Farm” to avoid the possibility of retribution by Tom Moore. Strachwitz did not release the song until years after the deaths of both Moore and Lipscomb. The last track is a spoken reminiscence of living and working in a segregated society in Texas.