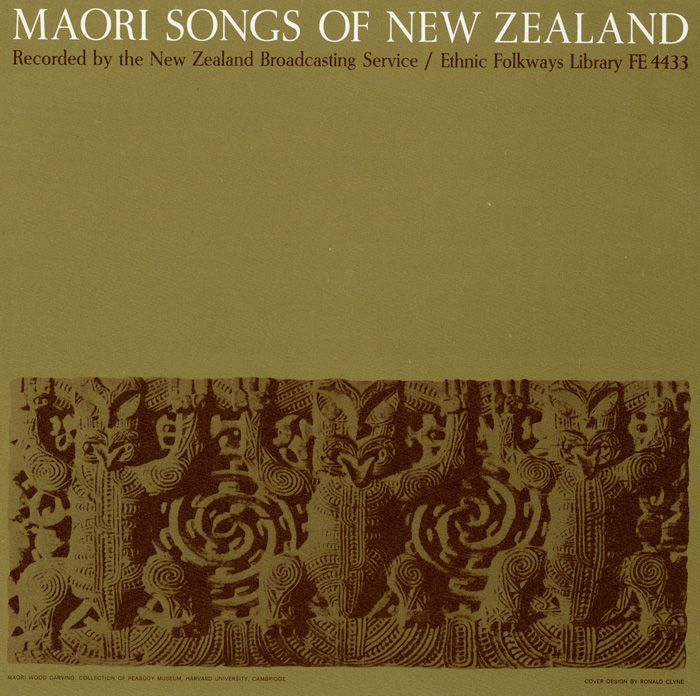 According to legend, the Maori migrated by canoe from Hawaiki in eastern Polynesia to New Zealand a thousand years ago. As their population increased over time, so did feuding among tribes, and warfare became a prominent feature of Maori culture. Not surprisingly, then, many traditional songs—which actually are monotonic chants with little accompanying instrumentation—deal with raids and battles. One type of song, the haka, was chanted before a battle not only to frighten the enemy but to make the performer himself more fearless. The final portion of a haka composed by one of the most famous fighting chieftains, triumphant after eluding his enemies, is heard at every Maori gathering: "it was death, it was death—it is life, it is life."

Other forms of traditional Maori songs featured on this 1952 album are waiata (love songs, lullabies, and laments for the dead) and karakia (incantations to various gods).

Liner notes include a history of the Maori, their music, and notes on each of the songs.