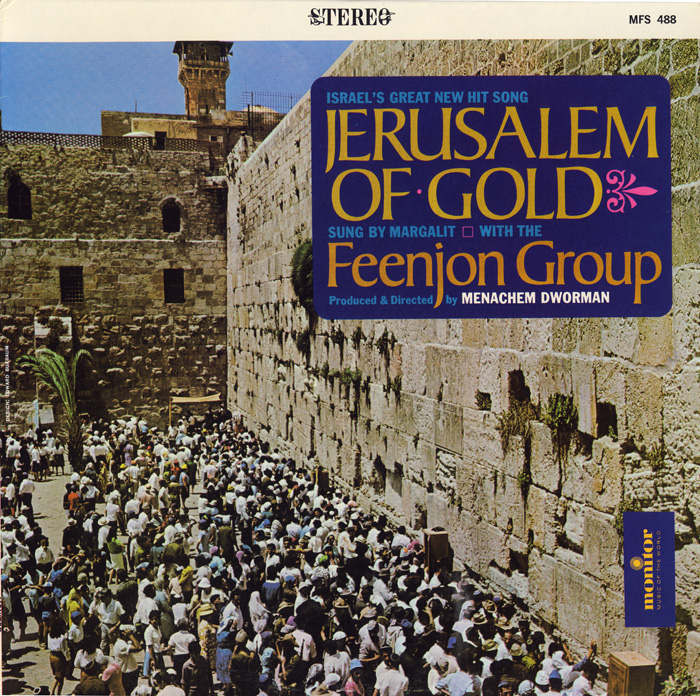 View Cart Custom CD $16.98
View Cart Digital Download $9.99
“’Jerusalem of Gold’ is the great new song that has captured the hearts of the people of Israel. Written by composer Naomi Shemer for Israel's Annual Song Festival competition on May 15, 1967, it expressed the unfulfilled longing of the Jewish people to return to Jerusalem.” - Menachem Dworman (Liner notes to Jerusalem of Gold) This album, from the New York based Feenjon Group, was recorded when the song “Jerusalem of Gold” was newly written. Today, it is one of the most cherished folk songs in the country’s history and has been recorded by more than 60 professional artists. This collection of Israeli folk songs also features other songs in Hebrew, as well as songs in Yiddish and Arabic. It is a celebration of a country that was just turning twenty, and the rich culture that exists therein. The liner notes contain biographical information about the Feenjon Group as well as lyrics to “Jerusalem of Gold” transliterated from Hebrew into English characters.