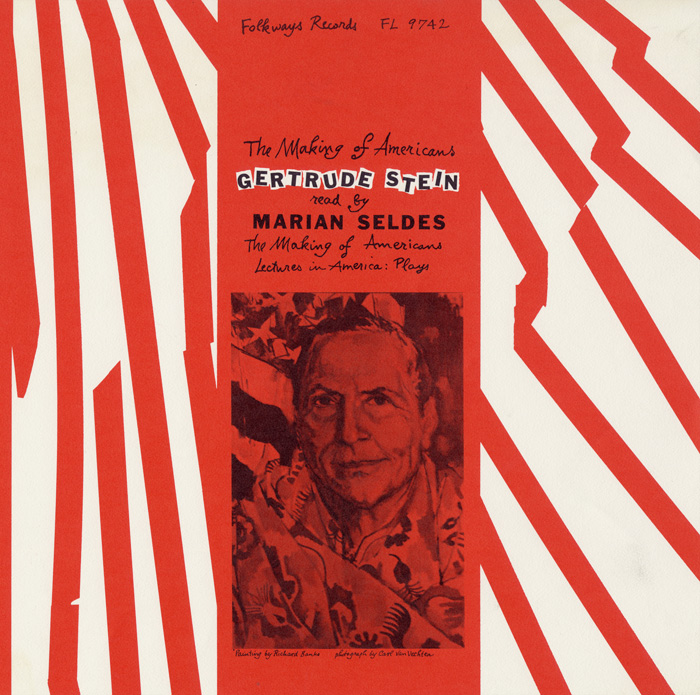 Tony Award-winning actress Marian Seldes makes her third appearance in Folkways’ Poet’s Theatre Series with her reading from Gertrude Stein’s The Making of Americans. Seldes reads two passages: the first from Stein’s book (“The Making of America”) and the second from a lecture (“Lectures in America/Plays”). Stein’s friend and literary executor, Carl Van Vechten, is quoted praising the performance in the album’s cover notes: “Marian Seldes has made a beautiful record of a magnificent passage from Gertrude Stein’s Making of Americans. She has made it with clarity, beautiful speech, enthusiasm and complete success. I congratulate her and the listener.”