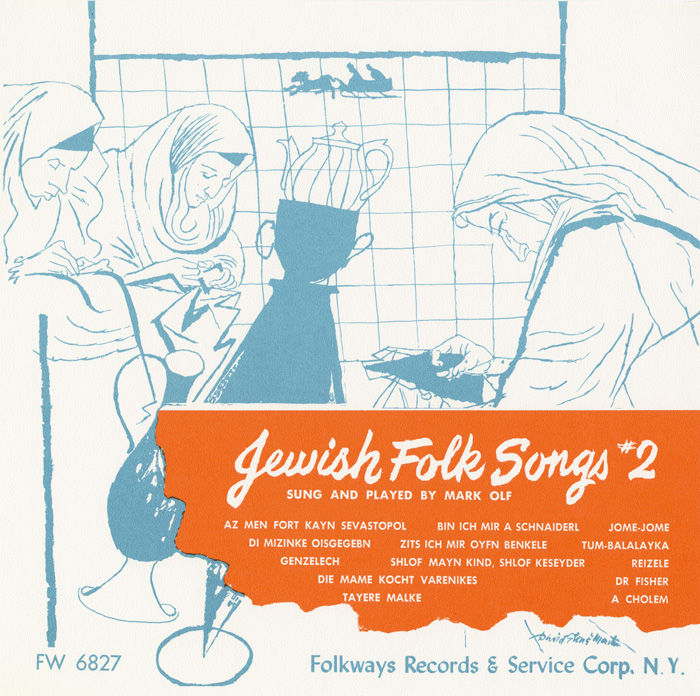 View Cart Custom CD $16.98
View Cart Digital Download $9.99
Mark Olf (1905–1987) was a composer and singer of Yiddish and Hebrew songs. He emigrated from Russia to the U.S. with his family when he was in his early teens; he later recorded some of the songs he had heard as a child, toured the country performing, and taught music at the Henry Street Settlement on the Lower East Side, Queens College (CUNY), and the University of Rhode Island. On this recording-–one of four he made for Folkways Records—he sings well-known Yiddish folk songs, accompanying himself on guitar. Yiddish, which incorporates German, Hebrew, and Slavic elements, was the primary secular language of the Jews in Eastern Europe. Liner notes provide English translations, English transliterations of the Yiddish, and the original Yiddish texts.